(Spoiler alert: This story contains minor spoilers from the Season 1 finale of Amazon Prime Video’s “Luxe Listings Sydney.” If you do not want to know how the season ends, stop reading now.)

Gavin Rubinstein, the breakout star of Amazon Prime Video’s “Luxe Listings Sydney,” may be small in stature — but definitely not in status. Also “very, very large” (as he put it) is the Australian real estate agent’s “risk appetite,” which is on display for the duration of Season 1.

Rubinstein lives by the mantra “It takes money to make money” more than most. While in Sydney the owner of a property pays for the marketing of their home, Rubinstein told TheWrap he’s “invested millions of dollars over the course of my career into marketing myself.”

Dude only turns 30 midway through Season 1 — and that career is a mere seven years old. 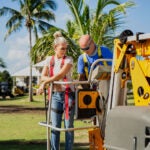 Also Read:
How HGTV’s ‘Renovation Island’ Changed Bryan and Sarah Baeumler’s ‘Perspective on What Is a Problem’

But Rubinstein, through clever (and expensive) marketing, has fast-tracked his path to success and now owns his own firm: a franchise of the real estate giant (over there) Ray White group.

“You want to be a butcher, you’ve got to buy meat and keep it in there,” he said. “A restaurant, you’ve got to buy produce. You wanna sell hardware, you have to buy the hardware. As real estate agents, our commodity that we’re selling is lifestyle, like you say, but it’s also our time. And it’s our expertise. We’re selling a service. So the fact that we don’t have to actually pay for stock, if you’d like, doesn’t mean we’re off scot-free.” 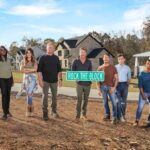 Also Read:
HGTV’s ‘Rock the Block’ Season 2: And the Winners Are…

So there’s the “takes money” part — but what about the “make money” part of that mantra? Rubinstein said his top sales person, whose name he did not share but is also 30, made $2.2 million in commission last year. Presumably, Rubinstein made even more. The firm then gets a percentage, an individual’s team is paid out, as are marketing and taxes, and the agent keeps the rest.

Seven years ago, both young men were assistants making $50,000 per year. By the end of Season 1, they’re celebrating the success of their relatively new firm on a yacht.

What would a showy season finale be, however, without a work emergency apparently sinking their celebration and docking the boat? We won’t give away much more than that, other than to say that Rubinstein promised us the cliffhanger was “super real,” as he put it. 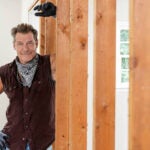 “This is a common theme in my life, because I like to move the needle and I like to push the envelope,” Rubsinstein said, adding that his bosses, Dan and Brian White, are “aware of that.”

“I often get in, I’m not going to call it ‘arguments,’ but there’s a lot of friction that’s created around them wanting their brand marketed in a specific way and me wanting my brand identity pushed and marketed in a specific way,” he added. “And, you know, I respect them completely. But ultimately, at the end of the day, I’m at the coalface of it all. I believe I know what works best for my brand. And so that, compiled with the fact that I’m on a really aggressive road to expand and there’s territories and there’s red tape, creates situations like you saw on the boat.”

Sounds like a turf war is underway, should there be a Season 2. After all, there is only so much literal turf overlooking the Sydney Opera House and Sydney Harbour Bridge. 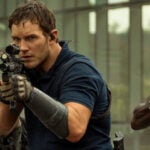 Other local real estate agents in the small and pricey market “seem to find the time to always worry about us,” Rubinstein sniped (with a smile, as is his way) during our conversation. “And they kind of run and tell mummy and daddy, and then mummy and daddy have to kind of pull me aside. So that’s extremely organic.”

You could do worse, we suppose, than having to sit in timeout in one of this show’s waterfront mansions.

In addition to Rubinstein, “Luxe Listings Sydney,” which is executive produced by Eureka Productions and Kentel, also follows D’Leanne Lewis and Simon Cohen as the trio battle over nearly $200 million of real estate. And that’s just Season 1.

Get to know more about Rubinstein — and his mantras — via the video above, which is exclusive to TheWrap.