The “Saturday Night Live” spinoff starring Will Forte has also cast Billy Zane as Brigadier Commander Enos Queeth, one of MacGruber’s “mortal enemies.” According to Peacock, “Long thought dead, he has resurfaced to carry out a heinous plot to destroy the world, and in the process, claim his revenge against MacGruber.”

Murphy will return as Constantine, the ruthless henchman of Dieter von Cunth (played by Val Kilmer in the 2010 film), who has returned to seek revenge against MacGruber. 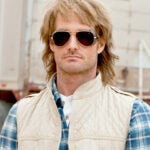 Fishburne joined the series back in June alongside Sam Elliott and Mickey Rourke. Kristen Wiig and Ryan Phillippe also reprise their roles from the 2010 “MacGruber” movie as Vicki St. Elmo and Dixon Piper, respectively.

Will Forte, who originated the character of MacGruber during his time on “SNL,” serves as writer and executive producer on the series alongside John Solomon and Jorma Taccone, who will both direct.