We’re all eagerly awaiting Peacock’s “MacGruber” TV series, and we’ll gladly gobble up whatever crumbs creator and star Will Forte has for us. So will Forte’s old pal from their “Saturday Night Live” days, Seth Meyers.

On Wednesday, Forte virtually joined “Late Night” to plug Netflix’s “Sweet Tooth” and Fox’s “Housebroken” (yeah, the “Last Man on Earth” alum is pretty in-demand), but also did Planet Earth the giant favor of reading a scene from the upcoming “MacGruber” show.

“This is a scene in which I’m explaining to Kristen Wiig and Ryan Phillippe’s characters, Vicki and Piper, the importance of this mission,” Forte set up. “There are spoilers, so I have covered up the spoilers with the word ‘SPOILER.’ Just something to know.” 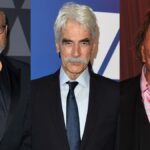 What a beautiful monologue. For those who will get in trouble for watching videos at work, we’ve transcribed the scene below.

“Piper, why do you think I hid that SPOILER in a f—ing SPOILER for 20 years? For gits and shiggles? No. I hid it ’cause no government on Earth should have it — not even the United States of SPOILER. I mean, we’re talking about a world-ender here Piper, and I don’t know about you, but I kind of like the world. I like sunsets, I like snow-capped mountains. I like kicking back with a cold Molson and watching the game. I like babies and kettle corn, monster trucks and puppy dogs, tig ol’ bitties and bunchin’ mox. I even like cancer and Type II diabetes because they remind me that life is precious. And that’s why it’s imperative that we keep this SPOILER out of SPOILER’S hands.” 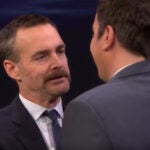 This “MacGruber” will serve as a sequel to the 2010 film of the same name. The movie itself was an adaptation of Forte’s recurring — and hysterical — “SNL” sketches. (And those were a spoof on MacGyver.)

Don’t worry: Forte assured his old friend that Peacock’s “MacGruber” will still have “tons of farts” in it.

We do not yet have a premiere date for “MacGruber.”