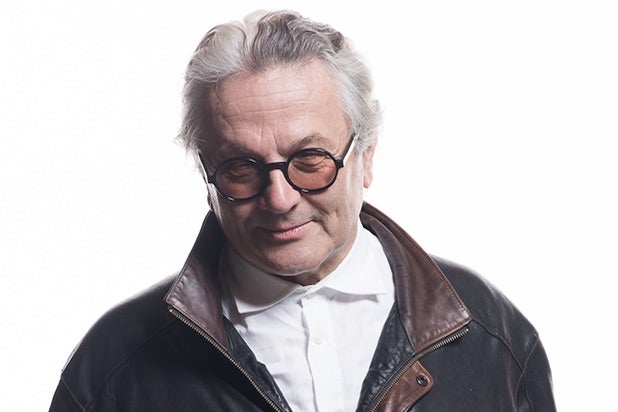 George Miller, the Oscar-nominated director of “Mad Max: Fury Road,” has been named president of the jury at the 2016 Cannes Film Festival, Cannes organizers have announced.

“Mad Max,” which received 10 Oscar nominations last month, including Best Picture, premiered at last year’s Cannes, where the action film was one of the sensations of the festival.

Miller’s other films include “The Witches of Eastwick” and the Oscar-winning animated film “Happy Feet.” He also adapted and produced “Babe.”

In the Cannes press release, Miller commented, “What an unmitigated delight! To be there in the middle of this storied festival at the unveiling of cinematic treasures from all over the planet. To spend time in passionate discourse with fellow members of the jury. Such an honor. I’ll be there with bells on!”

The Australian director received some of the best reviews of his career for “Fury Road,” the fourth in a series that began with 1979’s “Mad Max”starring Mel Gibson, and also included “The Road Warrior” and “Mad Max Beyond Thunderdome.”

This year’s Cannes Film Festival will run from May 11-22 in the resort town in the south of France. Miller will preside over a jury of international cinema figures, who will be named at a later date.

See the press release below.

The 69th Festival de Cannes will be presided by the Australian director, screenwriter and producer, George Miller. Along with his Jury, it will fall to him to award the Palme d’or at the close of the Festival, to be held from 11 to 22 May.

On receiving his invitation from the Festival, George Miller exclaimed, “What an unmitigated delight! To be there in the middle of this storied festival at the unveiling of cinematic treasures from all over the planet. To spend time in passionate discourse with fellow members of the jury. Such an honor. I’ll be there with bells on!”

It was in Cannes last May that “Mad Max: Fury Road” set out on its fantastic cavalcade across our screens. The film, shown Out of Competition in the Official Selection, marked the return not only of the hero of the legendary saga for the millions of fans of Max Rockatansky, but also the comeback of his creator, George Miller, and of the visionary filmmaking that made him a household name around the world.

The roots of George Miller‘s career, alongside those of Peter Weir, Bruce Beresford and Phillip Noyce stretch back to the golden age of Australian cinema from the 1980s. Originally from a small village in Queensland, George Miller wrote and directed Violence in the Cinema, part 1 in 1971. Produced by his friend Byron Kennedy, with whom he founded the Kennedy Miller company, the short film picked up two prizes from the Australian Film Institute. This official recognition encouraged George Miller to pursue a career in film and to make his first feature.

In 1979, “Mad Max,” inspired by the “outback gothic” genre sweeping Australia at the time, introduced Mel Gibson and was a worldwide smash hit. A superb pas-de-deux with American cinema, this ultra-violent futuristic film brought the action film genre a touch of class with its masterly combination of Road Movie, Western and Science-Fiction elements. A legendary saga was born which in turn gave rise to “Mad Max 2: the Road Warrior” in 1981, “Mad Max Beyond Thunderdome” in 1985 and “Mad Max: Fury Road” in 2015.

Throughout his career, George Miller has constantly experimented with a variety of genres, brilliantly reconciling mass audience expectations and the highest artistic standards. In 1983, along with John Landis, Steven Spielberg and Joe Dante, he directed the final segment of “Twilight Zone: The Movie.” Then came “The Witches of ‘Eastwick” in 1987 and the intimate drama “Lorenzo’s Oil” in 1992, starring Susan Sarandon and Nick Nolte, which picked up Oscar nominations for Best Screenplay and Best Actress.

In 1995, he adapted and produced “Babe,” directed by Chris Noonan, which picked up seven Oscar nominations including Best Film and Best Adaptation. In 2006, his first animated film “Happy Feet” was a huge box office hit and garnered the Oscar for Best Animated Feature. “Happy Feet Two” took up the story in 2011.

In 2015, 30 years after the last “Mad Max,” the 4th chapter of the post-apocalyptic epic, complete with feminist and anti-totalitarian overtones, once again took cinemas by storm and has been the talk of the press and the festival circuit ever since. With ten nominations for the 2016 Oscars, including Best Film and Best Director, it recently scooped no fewer than nine prizes at the Critics Choice Awards, including that of Best Director.

The 70-year-old Miller has won international acclaim for these spectacular and jubilant creations, as well as for his eclecticism, inventiveness and sheer audacity. His nomination marks a no-holds-barred celebration of genre cinema. But above all, the 2016 Festival de Cannes is all set to welcome a big-hearted film lover and a great human being.