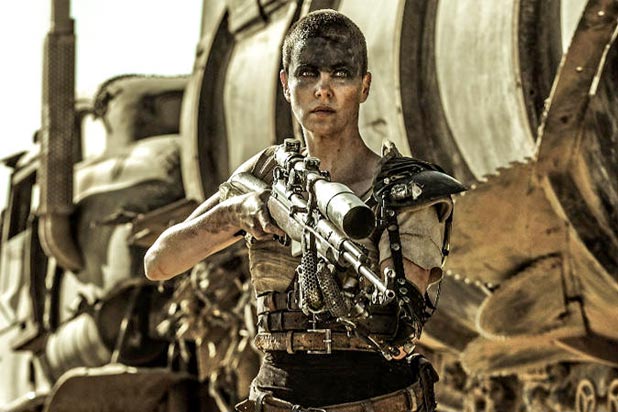 “Mad Max: Fury Road” has been named the best film of 2015 at the London Critics’ Circle Film Awards, which took place at the May Fair Hotel in London on Sunday night.

Many of the winners – also including screenwriters Tom McCarthy and Josh Singer for “Spotlight,” cinematographer Ed Lachman for “Carol” and the documentary “Amy” – are also nominated for Oscars in the equivalent categories.

Tom Hardy and Saoirse Ronan were named the best British or Irish actor and actress of the year.

While “Amy” was named the year’s best documentary, another doc, “The Look of Silence,” took the award for the best foreign-language film.

BRITISH/IRISH FILM OF THE YEAR: “45 Years”

FOREIGN LANGUAGE FILM OF THE YEAR: “The Look of Silence”

DOCUMENTARY OF THE YEAR: “Amy”

Also Read: Charlotte Rampling Eyes an Oscar and Looks Back: 'I Didn't Go the Hollywood Trail'

SUPPORTING ACTOR OF THE YEAR: Mark Rylance — “Bridge of Spies”

SCREENWRITER OF THE YEAR: Josh Singer and Tom McCarthy — “Spotlight”

YOUNG BRITISH/IRISH PERFORMER OF THE YEAR: Maisie Williams — “The Falling”