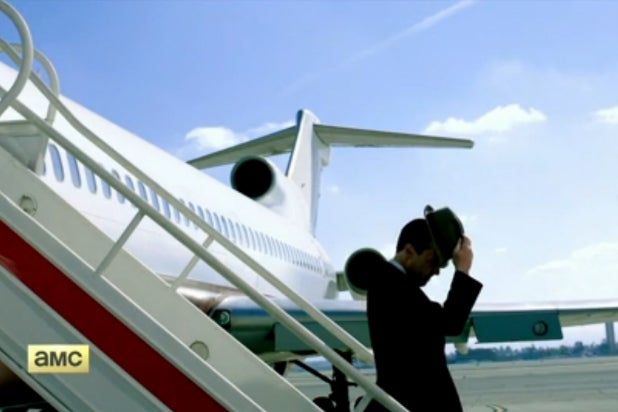 If you don’t know anything about the last six seasons of AMC’s critically-acclaimed drama, “Mad Men,” this 15-second teaser for the show’s upcoming final season probably won’t shed much light on the story so far.

The teaser features only one slow-motion shot of Don Draper (John Hamm), as he exits a Trans World Airlines plane and donning a fedora — followed by a card announcing the season seven premiere “Takes Off” April 13 at 10 p.m. ET.

AMC previously announced that it would be splitting the final season into two separate seven-episode chunks, like the network did with hit series “Breaking Bad.” The second half will air some time in 2015.