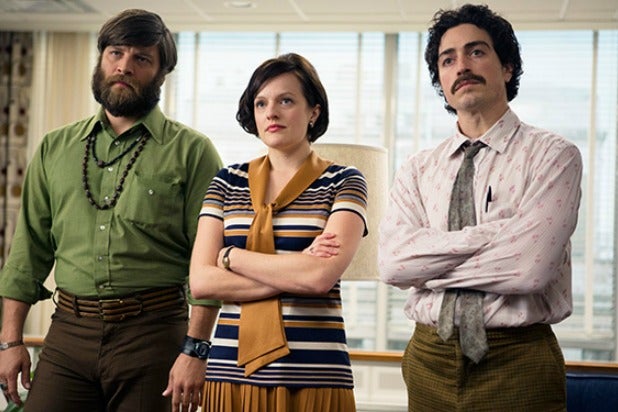 Sunday’s “Mad Men” found Don Draper back where he started: writing tag lines, this time under the supervision of his former secretary. The show’s exit music nicely captured how much he’s spinning in circles.

The Hollies’ “On a Carousel” took us out on an episode that floated the very 1969 idea that careerism amounts to nothing more than turning around the same track. Don’s greatest moment on “Mad Men” was a Season 1 presentation to Kodak in which he explained that the company’s new photo wheel wasn’t a wheel at all, but a carousel that fills us with nostalgia.

On the Hollies’ carousel, no one catches up to the horses ahead of theirs, or really gets anywhere.

Also read: ‘Mad Men’ Review: Let’s Cling to the Past a Little Longer

Roger’s daughter, now going by Marigold, reminded him of all the birthday presents he had his secretary pick out for her while he was at work. She’s abandoned the straight life — as well as her child — to live on a hippie commune. In trying not to continue the dreary cycle of human reproduction, she’s continued a cycle of child abandonment.

Don nearly abandons his new chance at the agency, until he gets an Alcoholics Anonymous-influenced speech from Freddy Rumsen, a man he once soft-fired for alcoholism. Don has also been let go, in large part so he can dry out. But he’s been given a second chance Freddy wasn’t.

Also read: ‘Mad Men’ Cast on What Product They Would Never Endorse (Video)

“Do the work,” Freddy tells him, saying Don needs to put on his uniform and pick up his bayonet.

But another analogy might be more fitting: Get back on that horse.

Here’s the carousel speech, and the song: