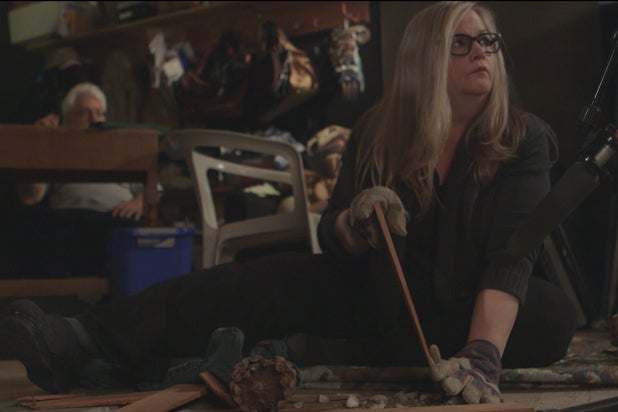 Midge Costin’s inspiring and educational documentary “Making Waves: The Art of Cinematic Sound” seems destined to wind up in the curriculum of film schools across the country. In a short but jam-packed 90 minutes, the film gives a broad but effective overview of the history of one of the industry’s most vital, yet misunderstood art forms, with a variety of participants from all ages and groups.

There’s a very good chance it will inspire a whole new generation to pursue a career in sound design, or at least to upgrade their home theater system.

“Making Waves” has a lot of ground to cover, and Costin — a sound editor on hit films like “Armageddon,” “Crimson Tide” and “Hocus Pocus,” now making her directorial debut — wisely doesn’t try to tackle it all at once. The first half of the documentary covers the history of sound design from the silent era to the present day, with extra emphasis on the designers and films that altered the art form and industry. The second half explores, in broad strokes, each layer of contemporary sound design, from production sound to foley to ambience to music and mixing, and everything in between.

There’s surprisingly much to be said about the silent era, with the film’s many experts revealing that sound recording was invented before moving pictures, and that many silent films were played with live musical accompaniment and sometimes live sound effects. If there’s a great pity in “Making Waves,” it’s that in celebrating one aspect of the cinematic medium it treats the entire silent era like a mere stepping stone to the invention of synchronized sound. Obviously Costin’s film has its focus, but in this case, at least, it feels legitimately one-sided.

“Making Waves” also breezes past many earlier landmarks in cinematic sound, giving fair credit to “The Jazz Singer” and “King Kong” for their invaluable contributions to the medium. But there aren’t many contributors to those films alive today to talk to, of course, so perhaps it’s natural they get slightly less screen time than the more contemporary examples.

Eventually “Making Waves” settles in and focuses on three iconic and groundbreaking sound designers, and details their careers and their innovations with in-depth interviews and examples. Walter Murch (“Apocalypse Now”), Ben Burtt (“Star Wars”) and Gary Rydstrom (“Jurassic Park”) soak up quite a bit of credit in the historical section of the documentary, but Costin makes a fine case for their accolades.

The film clearly contextualizes the state of sound design in the industry before these key figures took big risks on innovative films, and reminds us just how crazy their now ubiquitous ideas — like recording and mixing new sound effects for every single scene, rather than relying on a library of studio tapes — really were. And what’s more, by repeatedly revisiting clips from earlier films and contrasting them with more complicated soundscapes, “Making Waves” makes the whole history of the medium accessible, even to audience members who go into the theater knowing little or nothing about it.

“Making Waves” treats Murch, Burtt and Rydstrom — all of whom contribute their expertise and anecdotes to the production — like rebel rock stars, which they are. They’re just really nerdy, laid-back rebel rock stars, who really love making movies. You kinda gotta love them.

The second half of the documentary bites off a little more than it can chew by focusing entirely on the various elements of modern sound design individually. There just isn’t enough time in the film to go into complicated depth about the nuances of foley or ambient sound or musical composition or mixing, and so on. But Costin wisely finds very specific examples to illustrate each element of the medium, sometimes from unexpected sources.

Also Read: How the 'Roma' Sound Team Immerses the Audience in the Story

So much of “Making Waves” is dedicated to big scale productions like “Star Wars” that it’s a relief whenever the film emphasizes instead on the incredible complexity involved in recording a film like “Ordinary People.” Costin’s film presents the original audio tracks, which even in a scene of two people talking in a psychiatrist’s office is a distracting low-key cacophony of ambient distractions.

Victoria Rose Sampson, who worked on the film with her Oscar-winning mother Kay Rose, guides us quickly but clearly through the process involved in making the film sound like it wasn’t recorded on a freeway. The contrast between the original track and the finished product is so night-and-day that it’s legitimately inspirational.

Other examples in the second half of “Making Waves” range from illuminating to slightly baffling. Automated Dialogue Replacement, or ADR, is the art of recording dialogue in post-production. Most films make use of it at one point or another, and there’s a great example in Costin’s film from “A League of Their Own.” But there’s also a scene where they’re adding dialogue to the silent epic “Way Down East,” which makes one wonder: Why?

Why are they showing that? The original was just fine on its own. Why are we suddenly reverting to the off-putting notion that silent films need “fixing,” especially when this example is used so offhandedly that literally any other ADR session could have gotten the same job done?

It’s easy to get hung up on smaller critiques when the majority of an educational documentary is — all puns intended — totally sound. “Making Waves: The Art of Cinematic Sound” is a practically perfect primer for anyone interested in the history and craft of filmmaking, answering most of the pertinent, baseline questions while leaving plenty of room for supplemental research.

It’s easy to imagine young film lovers watching “Making Waves” and then dashing to their local library to learn more, enrolling in production classes or simply breaking out their movie collections to watch their old favorites with new eyes. Or, rather, new ears.