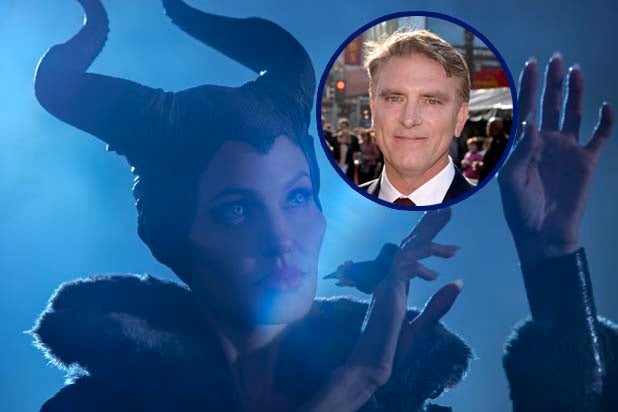 Hollywood is making billions thanks to inexperienced directors, disproving the stereotype that neophytes cannot handle massive productions. “Maleficent” is the third movie in two months to triumph at the box office thanks to its unproven director — not in spite of it.

The Russo Brothers, whose only previous movie was “You, Me and Dupree,” turned “Captain America 2” into an international juggernaut. Gareth Edwards, who’d never had a budget north of $1 million, has already earned a job making a “Star Wars’ spin-off thanks to his work on $160-million “Godzilla.” Robert Stromberg rode Angelina Jolie and the Disney machine to a $170 million opening for “Maleficent.”

As Hollywood makes more and more movies on a massive scale, studios are hiring a raft of inexperienced filmmakers to shepherd some of their biggest projects. They come with a lower fee, a fresh point of view and, hopefully, a smaller ego.

This has ended in disaster, such as “47 Ronin,” “I, Frankenstein” and, most recently, “Transcendence.” Univeral entrusted Carl Rinsch, a commercials director, with a $200 million samurai epic starring Keanu Reeves. Lionsgate awarded Stuart Beattie, an Australian screenwriter, a chance to direct his own script. Warner Bros. handed Wally Pfister $100 million to follow in the footsteps of his long-time collaborator Christopher Nolan.

All of their movies failed, and a director’s lack of experience is an easy source of blame. As these films are being put together, doubts and conflict invariably spill into the press, and the cause of said strife is always the same: a director out of his depth. That leads to stories with headlines like “Mega Movies + New Directors = Big Drama.”

Yet a funny thing happens when you look at the actual track record. Shane Black, whose only previous directing credit was the 2005 indie “Kiss Kiss Bang Bang,” directed last year’s highest-grossing film, “Iron Man 3.”  Marc Webb earned the “Spider-Man” job on the strength of a $7.5 million indie, and both of his movies are global hits.

Hiring a first-time director comes with risk. In most cases, these filmmakers have never had so many toys at their disposal, or been charged with overseeing such a large shoot.

Yet new directors succeed, regularly. Risk-averse studios only pick these directors after a rigorous selection process many compare to courtship and dating.

Three times in the past two months, a $100-million movie directed by a relative neophyte scored at the box office. The best example may be Edwards’ “Godzilla.”

He caught Legendary CEO Thomas Tull’s eye with a promo for his movie “Monsters” in which a plane sinks into a lake. Tull called his chief creative officer Jon Jashni, who agreed the trailer was unusual and arresting.

An awkward transatlantic call did not dim their enthusiasm because they could tell they were all conversant in the same language. Edwards had just watched a cut of the original “Godzilla” movie from 1954, which gave Legendary its opportunity.

They brought him out to Los Angeles. Though eager to make a project of his own, Edwards expressed enthusiasm about “Godzilla.” That was four years ago.

Legendary has entrusted directors unknown and world-famous with its largest projects, but it almost begins with a general meeting like that call with Edwards.

“Thomas and I don’t want to simply offer people an opportunity to do something they’ve done before,” Jashni told TheWrap. “There’s nothing that will make artists’ eye glaze over faster than bringing them something they’ve already proven an ability to do.”

While Edwards had never made a massive movie, Stromberg was well-versed in studio tentpoles. He was the production designer of “Oz: The Great and Powerful,” visual effects supervisor for “Life of Pi” and production designer on “Alice in Wonderland,” where he worked with “Maleficent” writer Linda Woolverton.

“The story demanded a director that could create incredible visuals; he was the perfect person for that,” Woolverton told TheWrap.

Disney and Marvel took a similar chance with Joe and Anthony Russo. The siblings had never directed their own superhero movie, but they had spent years running television shows.

“Functioning at the executive producer levels, you get the calls if something goes wrong,” Joe Russo told TheWrap. “We have incredible responsibility as executive producers for our directing and world building. A lot of what these movies are about is management.”

Hiring a first-time director is only a problem when the movie fails.