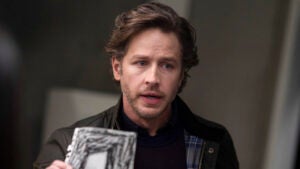 Will more from Flight 828 touch down next season, or will the drama depart TV?

Will a fourth season of “Manifest” have an on-time arrival next season, or will the NBC drama be grounded following Thursday’s Season 3 finale?

We’re still waiting for the canceled-or-renewed fates of “Manifest” as well as another NBC series, “Good Girls.” With the two-part finale of “Manifest” touching down last night, TheWrap did some research to make the case for either option.

This September-to-May season, “Manifest” tied for 47th out of about 200 broadcast TV series with an average 0.9 rating in the key adults 18-49 demographic, according to Nielsen. That includes one week of (mostly) DVR viewing, but does not include streaming viewership. 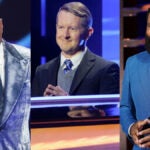 “Manifest” ranked 62nd in total viewers with 5.347 million, just ahead of ABC’s one-and-done drama “Rebel.” That’s worse, especially when you consider that CW shows occupy most of the bottom quarter of the Nielsen rankings. The actual Season 3 finale episode aired outside our May cutoff.

“Manifest” has not been super well-received by critics, but it also hasn’t been totally torn apart either. Season 1 had a 57% rating on Rotten Tomatoes, which makes it just “rotten” by a few percentage points, on Rotten Tomatoes. The audience gave it a 74% that year, however, and an 80% the following season. The third season, which has far fewer user ratings than the first two, settled for a 67%.

So, yeah, this one truly could go either way. We’ll say this, though: It’s definitely not a good sign that we do not yet have word of more “Manifest.” Of course, it’s possible that the show — a co-production of Universal Television and Warner Bros. Television, along with Compari Entertainment and Jeff Rake Productions — could find a second life on streaming. Warner Bros. would have the rights to shop it or take it on HBO Max. Or if NBCUniversal has a touch of canceller’s remorse, perhaps it could continue on via Peacock.