Michaela (Melissa Roxburg) and Ben Stone (Josh Dallas), Jared Vasquez (J.R. Ramirez) and more are back in action and chasing down any and all leads to figure out how to beat their expiration date in the trailer for “Manifest” Season 4, which Netflix dropped Saturday. (You can watch it above)

The passengers of Montego Air Flight 828, who went missing five and a half years ago, only to return like no time had passed, have an expiration date of June 2, 2024.

“I had a calling, it was awful,” Ben says to his sister Michaela at the beginning of the trailer. “Everything was swallowed by ash.”

The trailer follows Ben as he swipes his finger across a dusty (or ashy) desktop, before cutting to a shot of a volcano looking ready to erupt. 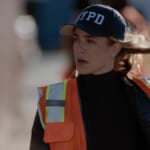 “828 wasn’t an accident,” Michaela says to her brother. “We’re supposed to save the passengers together.”

Scientist Saanvi Bahl (Parveen Kaur), who was also a missing, miraculously-returned passenger on that fateful flight, reminds everyone of the impending death date, encouraging them to follow every lead.

Then, an older Cal Stone’s (Ty Doran) voice cuts in, narrating how two years ago he touched the missing plane’s tail fin and disappeared again. He came back five years older — the difference in age between him and his twin sister Olive (Luna Blaise), which also matches the amount of time the plane went missing.

“I need to remember what happened,” he says in the just-released clip.

“We didn’t fly into the storm,” Michaela says. “It flew into us. It chose us.” 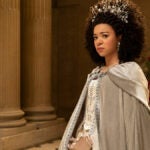