Marc Maron has joined “The Horror of Dolores Roach” in a recurring role, TheWrap has conformed.

Jean Yoon of “Kim’s Convenience” has also joined the series in a recurring role, playing Joy, who owns the laundromat next door to Empanada Loca. 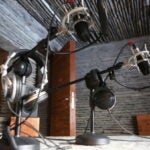 Jeffery Self of “Search Party” will play Caleb, a podcaster whose episode on Empanada Loca brings in a wave of new customers. He will also recur.

The eight-episode series also stars Kita Updike and K. Todd Freeman. It’s based on the Gimlet podcast of the same name, which itself was based on the one-woman play starring Daphne Rubin-Vega.

Aaron Mark, who developed the play and created the podcast, will write and direct the series and serve as co-showrunner and EP with Dara Resnik. 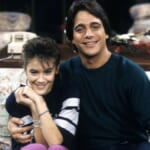