HBO will be staying in business with Craig Zobel, who recently directed all seven episodes of the network’s Emmy-winning hit limited series “Mare of Easttown.”

It was announced Tuesday that the director, writer and producer has extended his overall deal at the network for three more years, fresh off being nominated for an Emmy for his work on the Kate Winslet-fronted drama.

Zobel was no stranger to HBO before landing the “Mare of Easttown” gig, as he directed the acclaimed “Akane no Mai” episode of “Westworld” Season 2 and multiple installments of “The Leftovers,” including the beloved Season 2 episode “International Assassin.” 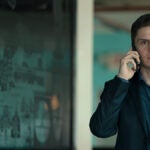 The filmmaker first broke out by writing, directing and producing his first feature film “Great World of Sound,” which was followed by 2012’s “Compliance” starring Ann Dowd. He went on to helm the post-apocalyptic drama feature “Z for Zachariah” starring Chiwetel Ejiofor, Chris Pine and Margot Robbie and his most recent feature was the Universal Pictures release “The Hunt,” starring Betty Gilpin.

“Mare of Easttown” premiered on HBO this past April and drew strong ratings and critical reception, and while billed as a limited series, Winslet has indicated her desire to return should she and writer Brad Ingelsby hit upon a worthy idea for a second season.

No details on future HBO projects from Zobel were given beyond the fact that he’s extended his overall deal.

Craig Zobel is represented by CAA, Management 360 and Jackoway Tyerman.