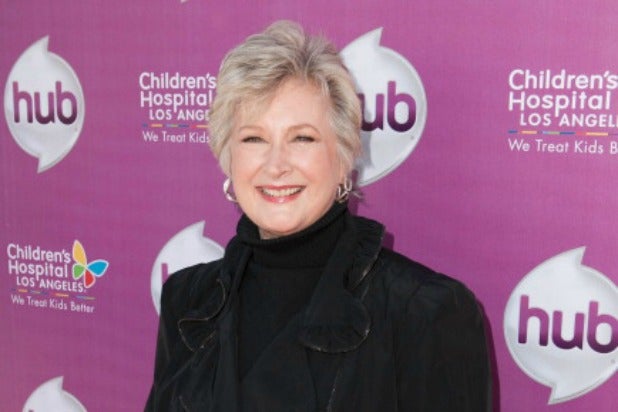 Bronies, lament: Margaret Loesch is stepping down after five years as president and CEO of The Hub network.

Loesch was the founding CEO of the network, a joint venture between Discovery Communications and Hasbro, Inc. that is geared toward kids and their parents. It trades on parents’ nostalgia for such 1980s cartoon icons as “G.I. Joe,” “Transformers” and “My Little Pony” — all of which happen to be popular Hasbro toys.

One of its most vocal audiences are Bronies — adult men who embrace “My Little Pony.”

“After five years at the Hub Network as its founding President & CEO, I am announcing that I will be leaving at the end of the year when my contract expires,” Loesch said in a statement. “I am very proud of the work we have done and the accomplishments we have achieved at the Hub. The network is now in excellent financial shape, its ratings are up year-to-year, our programming has won more than 30 awards, including 12 Daytime Emmys, and the Hub Network has become a TV home for quality programming that kids and their families come together to enjoy.”

Also read: ‘Blossom’ to Bloom Again in Rerun Form on The Hub

No replacement was immediately named.

“I will be working closely with our parent companies, Discovery and Hasbro, to assist in the leadership transition,” Loesch wrote. “I want to thank both companies for the opportunity they extended me and thank my wonderful team at the Hub. I have loved my job and am proud of the achievements we’ve made. While my career has spanned over four decades, I look forward to evaluating future opportunities and writing the next chapter.”

Prior to her work with the Hub, Loesch was the first President and CEO of Crown Media United States, and helped create its U.S. cable television network, Hallmark Channel. She was also president of television, worldwide, for the Jim Henson Group, where she served as executive producer of “Bear in the Big Blue House.”

In 1990, she became the founding president and CEO of Fox Kids Network, worldwide. Prior to that she was president and CEO of Marvel Comics’ film production arm, Marvel Productions, where she executive produced such series as Jim Henson‘s “Muppet Babies,” “Transformers,” “G.I. Joe,” “Dungeons and Dragons,” and “Spider-Man and His Amazing Friends,” and oversaw a tenfold increase in revenue.