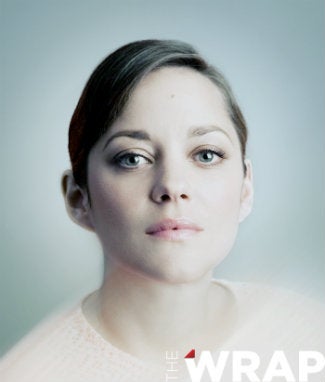 Marion Cotillard‘s career has taken her from commercial to indie, from mainstream American popcorn fare to the international arthouse. Yet the thought of working with  Jean-Pierre and Luc Dardenne, brothers known for their poignant films about the life of  underclass, seemed implausible when they approached her to star in “Two Days, One Night.”

“I didn’t even allow myself to dream about the Dardenne brothers, because I knew it would never happen,” Cotillard says in the 2015 Foreign Language issue of OscarWrap. “I couldn’t believe that they wanted to work with me, because of how different they usually work.”

Since her 2007 best actress Oscar for “La Vie En Rose,” Cotillard has played muse to Christopher Nolan, Woody Allen, Steven Soderbergh, Rob Marshall and Michael Mann, among many others. “I’m just lucky that I don’t have to try to maintain a career, because I get amazing opportunities from France, Belgium, England, America,” she told TheWrap.

The steady work has made her the biggest star to emerge from France in the last decade, so familiar to U.S. audiences that she landed a cameo in “Anchorman 2” —a sure sign that she was everything the Dardenne brothers should not be looking for.

But it was on the set of Jacques Audiard’s “Rust and Bone” that the Dardenne brothers, who serving as producers on that film, offered her the lead role in “Two Days, One Night.” Cotillard plays Sandra, a young mother forced to spend a weekend pleading with her co-workers to save her job by forgoing their bonuses.

The film, which was released in the U.S. by IFC, is one of the most acclaimed foreign-language films of the year, though it did not make the nine-film Oscar shortlist for the foreign category. (Cotillard is, however, eligible in the Best Actress category.)

“Maybe it is a little bit silly for us to cast her, because she is a big star,” said Jean-Pierre Dardenne. “But at the same time, we really felt she could bring the fragility and vulnerability that Sandra needed. We wanted to bring her into our family, and we felt she really had the traits that we wanted.”

Also Read: Golden Globes TV Nominations: Out With the Old, In With the New for Comedies

But the Dardennes’ typically time-consuming rehearsal process, he added, was “a very big challenge for Marion, and a very big challenge for us as well. We wanted to see if she was able to do her role, but also see how the other actors that were not stars were able to play their roles, without having a distinction between them.”

During the rehearsals, Cotillard also spent time studying her character, who has missed work because of an unspecified breakdown and is fighting serious depression. “There was little information in the script about why was she depressed, how it affected her life and the lives of the people she loved, and where the state of depression comes from,” she said.

“So I had to create all this, and that was a very, very interesting part of the preparation. I needed to write down some scenes that I would use later to give her a memory of something, so she could break in tears out of nowhere.”

She didn’t discuss that research with her directors, but undertook it privately. And she didn’t get too clinical about it—in fact, she said, “the only research that I did was reading the Xanax label. I needed to know what were the effects of Xanax because I had never taken it before and I didn’t want to try to take a Xanax to see what it was.”

Instead, she said, she drew from personal experience to understand depression.

“I came, myself, very close to depression. It didn’t last long, because I have an ability to fight, and I’m a pretty good fighter. I fought with everything I could, because I didn’t want to fall in a deep state of depression,” Cotillard said.

“But because I came close, I could feel what it is to lose any sense of taste, to lose your energy, to lose your purpose. And so suddenly I could understand that it’s not that easy. It’s not just, you’re healthy, you’re alive, just move yourself. Sometimes you just cannot do it. So of course, those experiences helped me to understand Sandra and create her.”

The unabridged version of this story, “Marion Cotillard; What’s a Big Star Like Her Doing in a Place Like This?” appears in the 2015 Foreign Language issue of TheWrap’s Oscar magazine.