Rep. Marjorie Taylor Greene earned some side eye from Steve Bannon when she claimed she’s the is “the most effective member of Congress.”

Speaking to the one-time adviser to former president Donald Trump on his “War Room” podcast, she made the claim that she’s the most effective member of Congress in the current session. Bannon stared straight at the camera, which led to immediate online comparisons to Jim from “The Office.” 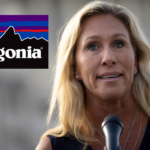 During the chat, she also said she thinks a full government shutdown is necessary to stop the Democrats’ $3.5 billion reconciliation bill. That is not the current position of her fellow Republicans.

It turns out that there is a tracking service that details which members of Congress are most effective, ranking them on a combination of 15 metrics related to the bills they each sponsor, how far those bills get in the lawmaking process and how substantial their police proposals are. During the most recent session, Democratic Rep. Nita Lowey was the most effective for her party and Rep. Michael McCaul was the most effective for his. Greene was not in the top ten. One of the 114 bills she has sponsored since entering Congress — H.R. 1448, the Puppies Assisting Wounded Servicemembers for Veterans Therapy Act — did become law in August.

Greene is not the only freshman representative to make bold claims about her effectiveness in office. Rep. Lauren Boebert, who was also elected last fall, declared in May that she’d be Speaker of the House one day.

Watch Bannon’s reaction to Greene below.