Updated Jan. 3, 1:15 p.m. PT: Facebook placed a restriction on GOP Rep. Marjorie Taylor Greene’s account Monday, similarly for violating their “standards on misinformation.” The latest ban was only a 24-hour suspension on that platform.

The move comes as Greene’s fifth strike after being briefly suspended for a week back in August for the same reasons. “We’ve been clear that, per our strike system for this policy, we will permanently suspend accounts for repeated violations of the policy,” a Twitter spokeswoman, said in a statement.

Greene’s official Congressional account is still active, with the last tweet from it coming on Christmas Eve. 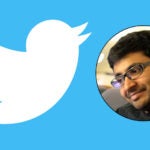 “When Maxine Waters can go to the streets and threaten violence on Twitter, Kamala and Ilhan can bail out rioters on Twitter, and Chief spokesman for terrorist IRGC can tweet mourning Soleimani but I get suspended for tweeting VAERS statistics, Twitter is an enemy to America and can’t handle the truth,” Greene wrote. “That’s fine, I’ll show America we don’t need them and it’s time to defeat our enemies.”

When Greene was temporarily suspended in August, a Twitter spokesperson told TheWrap Greene’s tweet “was labeled in line with our COVID-19 misleading information policy.” That policy says the company will take action against “content that is demonstrably false or misleading and may lead to significant risk of harm… this includes sharing content that may mislead people about the nature of the COVID-19 virus.” 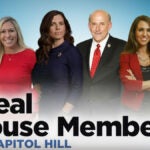 Twitter updated its policy to the 5-strike system in March of 2021, in an effort to “educate the public on our policies and further reduce the spread of potentially harmful and misleading information on Twitter, particularly for repeated moderate and high-severity violations of our rules.”

With this model, users are locked out of their account for 12 hours on strikes two and three. Strike four comes with a week-long suspension, which Greene received after tweeting: “The FDA should not approve the covid vaccines. There are too many reports of infection & spread of #COVID19 among vaccinated people. These vaccines are failing & do not reduce the spread of the virus & neither do masks. Vaccine mandates & passports violate individual freedoms.”

After Facebook announced its brief ban Monday, Greene once again vented her frustrations on GETTR, calling it “beyond censorship of speech.”

“I’m an elected Member of Congress representing over 700,000 US tax paying citizens and I represent their voices, values, defend their freedoms, and protect the Constitution,” Greene wrote. She added “Who appointed Twitter and Facebook to be the authorities of information and misinformation?”

A few hours later, Greene posted to GETTR again, claiming two of her previous five strikes on Twitter were made in error. “Twitter has to reinstate my account immediately,” she wrote.