“We at @NC5 are sad to report that our longtime sports anchor and friend Mark Howard passed away at home early today,” Steve Laymen announced in a tweet Sunday. “Mark knew as much about sports in this market as anyone you’ll find and had a great sense of humor. It’s a huge loss to us and to sports fans around Tennessee.”

Howard gained notoriety in his 20-plus year career as a sports anchor at News Channel 5 before transitioning to radio to host a local politics talkshow. He eventually returned to sports as co-host of the “Wake Up Zone,” a radio show that topped charts in Nashville and across the country. 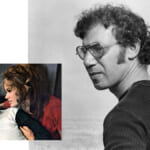 Born in West Hartford, Connecticut, Howard was a TV sports anchor on News Channel 5 for over 20 years before he shifted to radio. In the early 2000s, Howard hosted a local political talk show.

In 2004, he returned to sports as co-host of the “Wake Up Zone” on The Zone 104.5-FM along with Kevin Ingram and former Tennessee Titan Frank Wycheck. Rated the No. 1 show in Nashville, it remained a success for many years. Ingram and Wycheck left the show in 2020.

Howard was a prominent figure in Nashville sports, hosting a Tennessee Titans postgame show and co-hosting Predators pregame and postgame shows. He worked this past year as part-time host at The Game 102.5-FM.

“The Zone” show “JMart and Ramon” will pay tribute to Howard Monday through conversations with Ingram and Brad Willis, Executive Director of the Tennessee Sports Hall of Fame.

No information is known about the cause of death. News Channel 5 did not immediately respond to TheWrap’s request for comment.