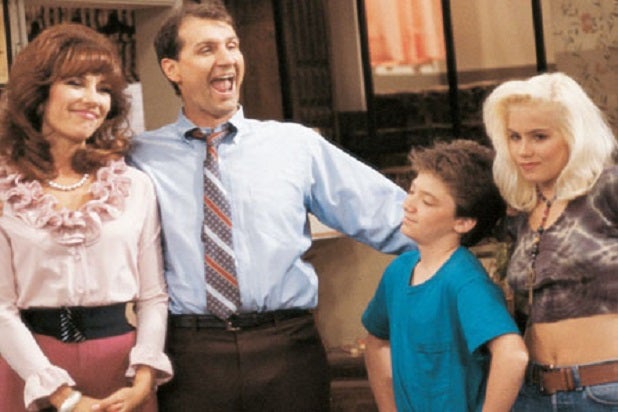 Nearly two decades after it went off the air, pioneering Fox sitcom “Married … With Children” may be coming back — in spinoff form.

According to a new report E! Online, Sony Pictures Television is currently in the process of pitching a spinoff of the series, which ran from 1987 to 1997. The spinoff would center around Bud Bundy, the loser of a son played by David Faustino. However, an individual with knowledge of the situation told TheWrap that “reports are way too premature and no deals are in place yet.”

It’s unclear which if any other cast members of the series, which centered on dysfunctional Bundy clan, would reprise their roles. Ed O’Neill, who played perpetually put-upon family patriarch Al Bundy, currently stars in the hit ABC comedy “Modern Family,” while Katey Sagal, famous for her role as housework-averse wife Peg Bundy, stars in the FX biker drama “Sons of Anarchy,” which premiered its seventh and final season on Tuesday.

Fall TV Ratings Preview: Can NBC Stay on Top, or Will CBS Regain the Throne?