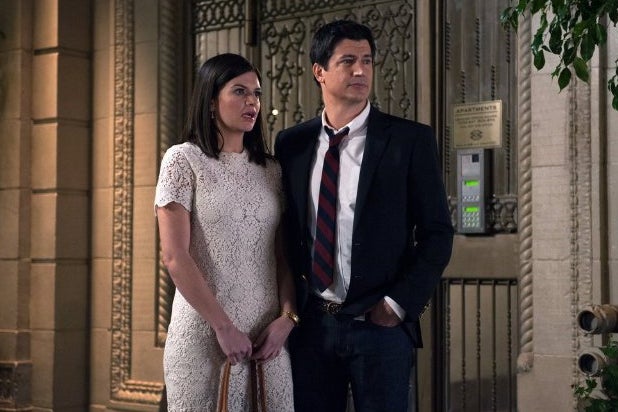 NBC’s new series “Marry Me” got off to a pretty hot start last week, something that stars Ken Marino and Casey Wilson aren’t letting themselves get too high about — they’re just excited about the content and critical reception, the two told TheWrap.

“I personally would rather be on something that has its own voice and that people love and is lower-rated,” Wilson said.

She quickly added: “That’s probably not what NBC would want to hear.”

Last Tuesday’s “Marry Me” debut was the top comedy across all broadcast networks on the weeknight since March, pulling in a 2.3 rating in the key 18-49 demographic, as well as 7.5 million viewers. The last Tuesday network comedy to top that number was ironically “About a Boy,” which now follows the Marino-Wilson sitcom on NBC’s schedule.

Her on-screen husband, Marino agreed, and offered his opinion for why some of the funniest TV comedies don’t exactly burn up the ratings sheets.

“I think the reason that comedy maybe gets lower ratings than the reality shows or dramas is that there’s a lot of different places you can do comedy, you can get comedy elsewhere, you can find comedy online,” Marino told us. “I think that what’s nice about our show is that … there are people who look for alternative stuff that I think will appreciate this show as well as people that [like] big, straight-up network comedy. It’s sort of a mixture of both.”

He continued, “It’s a funny show with subversive stuff, there’s heart in it — and that’s why I’m so proud of this show.”

The “Marry Me” start can definitely be considered a hit, especially for NBC, which has struggled drawing eyeballs to its comedies — even the critically acclaimed ones, such as “Parks and Recreation.”

When TheWrap asked the duo if the young series is going to follow the semi-predictable potential pattern of ending with a wedding this season, kids in Season 2 and divorce in year three, Wilson — who in real-life is married to show creator David Caspe — joked, “Yes, and we’re going to die in the fourth season.”

“We’re going to get divorced first, then have kids,” Marino teased.