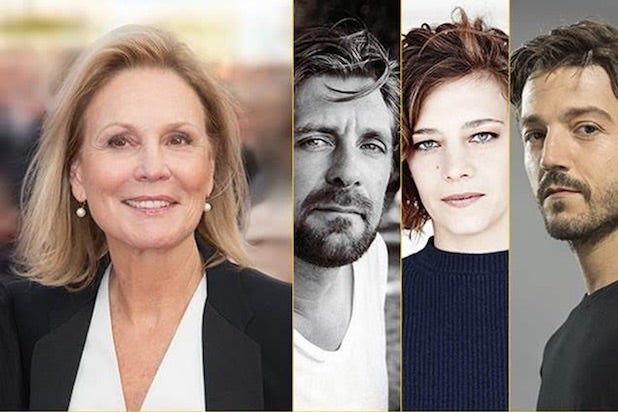 Actors Marthe Keller and Diego Luna and directors Ruben Ostlund, Naomi Kawase and Radu Muntean have been named to three juries at the 2016 Cannes Film Festival, which begins on May 11 in the south of France.

The Un Certain Regard jury consists of Swiss actress Keller, who will serve as president, in addition to French actress Celine Sallette, Swedish director Ostlund and Mexican actor and director Diego Luna. The jury will pick winners from among the 18 films in the Un Certain Regard section of the festival, which focuses on younger and more experimental directors than the main competition.

The jury will pick three winning student films from the 18 student films in the Cinefondation section, and a single film from among the 10 competing for the Short Film Palme d’Or.

The Camera d’Or jury chooses the best first film from the official selection, Critics’ Week and Directors’ Fortnight, and is made up of five executives from cinema organizations: Catherine Corsini, Jean-Christophe Berjon, Alexander Rodnyansky, Isabelle Frilley and Jean-Marie Drejou.

Cannes runs from May 11 through May 22 this year, with the main awards handed out at a ceremony on closing night.