Team Good and Team Cuddly both took hits during Wednesday night’s episode of “The Masked Singer” as the contestants faced another double elimination to see who would be joining Firefly in the finals.

Ringmaster came out on top, meaning that Armadillo and Miss Teddy were sent home. Although they were ultimately cut, both impressed the judges with their performances — especially Miss Teddy who sang her heart out to “Mercy” by Duffy.

It’s no surprise that the judges were blown away by her powerful voice, considering that Miss Teddy was none other than original Dream Girl Jennifer Holliday. Before her official unveiling, judge Nicole Scherzinger was able to correctly identify the iconic singer. 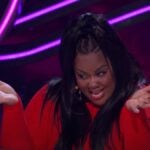 Scherzinger was on a roll during the Round 2 finals, also managing to guess the identity of Armadillo. She quickly realized that all the clues pointed to Dog the Bounty Hunter, and she was right. And in the 11th hour, right before Dog was unmasked, his longtime friend Jenny McCarthy also guessed correctly.

“I’ve known Jenny for many, many years,” he told TheWrap. “So I thought she was gonna guess it right out of the gate. And she didn’t and I was laughing inside.”

Although Dog didn’t have any professional singing experience under his belt, he still was able to move the audience with his performance of “Amazing Grace.” The song is particularly special to him because it was his mother’s favorite — and he believes it symbolizes his faith.

“I have a lot of faith. That’s why I’m still alive. And I have a Christian background,” he said. “One of the whole reasons to do it was to do that [song] and show people that this is who Dog really is, and I was so proud to be able to do that. I was crying my eyes out inside there. I had the greatest time. I was so glad to be able to get that mask off though.”

He says that last part because, well, his performance the week prior didn’t go over quite as great. During his rendition of “I Fought the Law” by The Clash, Dog lost his balance and fell on stage. 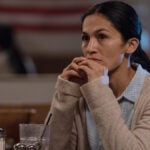 Also Read:
‘The Cleaning Lady’ Renewed for Season 2 at Fox

“Well, you cannot see. You cannot hardly walk. It’s over 200 pounds,” Dog explained of the costume. He got up pretty fast, with a little help from his dancers. But naturally, the spill ran through his head for the rest of the performance. “Oh my god did I just fall in front of America? Can you imagine that?”

Coincidentally, Dog had been watching the Olympics in his trailer shortly before taking the stage that day. He witnessed the Russian figure skater Kamila Valieva — who fell several times during her second performance at the Beijing Games and eventually came in fourth.

“So that was on my mind. And I just thought you know, ‘God, give me some angels. Get me off this ground,’” he said. “And lo and behold, I stood up. So I was surprised that I didn’t get eliminated. I was very lucky, right?”