(Warning: This post contains spoilers for the Season 5 finale of Fox’s “The Masked Singer.”)

Piglet was crowned the Season 5 winner of “The Masked Singer” tonight and unmasked to reveal singer, actor and TV personality Nick Lachey as the man inside the pink costume. But Lachey said his kids have known who he was ever since the season premiere on March 10 — unlike his clueless 98 Degrees bandmates.

“You know what, I don’t know if they just weren’t watching or what. But my brother [Drew Lachey] kind of heard about it and chimed in,” Lachey told TheWrap, noting that if Drew, Jeff Timmons and Justin Jeffre did figure out he was competing on “The Masked Singer,” none of them pushed him on the matter. 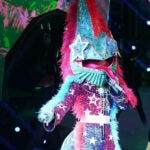 “But the funniest reaction, I think, was my kids,” Lachey continued. “We were watching the premiere episode and I was holding my daughter. I think I got three words out of my mouth and she said, ‘that’s Daddy.’ They just knew. They know my voice, they just knew right away. It was hysterical to see, because I didn’t know if it would go on episode after episode and they wouldn’t know, but it took her literally all of three notes out of my mouth and she knew exactly who it was. So it was fun to see that reaction.”

And you have to give credit to Lachey’s three young children — Phoenix, Brooklyn and Camden, whom he shares with his wife, Vanessa Lachey — for not telling a soul about their dad’s “Masked Singer” gig.

“They knew it was me, so it’s been fun for them because after that it was like, ‘Yes, this is what Daddy has been leaving to do in the black sweatshirt every day.’ They knew, but we had to swear them to secrecy that they wouldn’t go to school and tell the whole school about it,” Lachey said. “So they’ve been good sports and it has been fun to watch them as the season has gone on.” 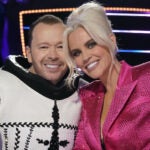 The Lachey kids are, however, in for a surprise when they watch tonight’s episode, because Nick said his children don’t know that Piglet wins.

“They don’t know what happens to Piglet. My son just told me this morning, ‘Daddy, I had a dream that you lost.’ I said, ‘Well, you know, you never know. You have to watch tonight to find out.’ It’s been a lot of fun, that’s one of the big reasons that I did the show. That’s definitely been a big part of why it’s been so fun to be a part of it. To do it with your kids and watch their reactions and have that experience as a family has been pretty neat.”

“The Masked Singer” will premiere its sixth season this Fall on Fox.