“The Masked Singer” concluded its fifth season at the end of May. With almost two months going by since then, the whosungit’s biggest fans are probably jonesing for some Season 6 content to start rolling out. Well, all you Maskies are in luck, because TheWrap has the first look at the Fox singing competition’s sixth season right here.

However, we must warn you that in typical “Masked Singer” fashion, everything is cryptic and nothing is revealed. But that’s the fun of this wacky competition, right?

In the 10-second sneak peek clip, which you can view via the video above, “Masked Singer” host Nick Cannon says: “It’s the return of the global singing phenomenon. Can you guess the celebrities behind the mask?” 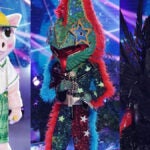 Now while Nick is narrating the clip with that dialogue, we see him, from behind, standing in the “Masked Singer” control room. And if you look closely, the images on the monitors in front of the host will give you your first clues about Season 6’s costumes.

TheWrap was able to spot a hamster on a wheel, a delicious-looking banana split, and a deck of cards and white rabbit that appear to point toward a magician-themed costume.

Check out the brief video yourself and get to guessing about what costumes you think contestants will be rocking in Season 6.

Also Read:
‘Masked Singer': Piglet’s Kids Guessed Who He Was Immediately – But His Bandmates Didn’t

As of right now, we know very little about the upcoming season of “The Masked Singer,” including how many contestants will be competing this time around and when the new episodes will debut.

What we can tell you is Cannon and judges Ken Jeong, Jenny McCarthy, Robin Thicke and Nicole Scherzinger will be returning to guess again when the show debuts in its usual Wednesday at 8 p.m. time slot this fall on Fox.

Other than that, we’re just as clueless as you are. Now please excuse us while we rewatch this teaser a few more times for hints.

“The Masked Singer” Season 6 premieres this fall on Fox.