Netflix has released the trailer for the third season of “Master of None,” sharing the first look at the new season starring Lena Waithe and Naomi Ackie.

Waithe, who won an Emmy for writing a Season 2 episode of “Master of None” based on her own coming out experience, takes over as the star of the new season from series co-creator Aziz Ansari, who anchored the first two seasons. “The End of the F***ing World” star Naomi Ackie joins the series as Waithe’s on-screen partner.

Per Netflix, the new season is described as “a modern love story that intimately illustrates the ups and downs of marriage, struggles with fertility, and personal growth both together and apart. Fleeting romantic highs meet crushing personal losses while existential questions of love and living are raised.” It bears the subtitle “Moments in Love.” 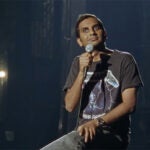 Also Read:
Aziz Ansari on Sexual Misconduct Accusation: ‘I Just Hope It Was a Step Forward’

Watch the trailer for “Master of None” Season 3 above.

Ansari, co-creator of the series with “Tigertail” director Alan Yang, co-wrote the new season with Waithe and directed all episodes.

The new season, set to premiere May 23, marks the first return of the series since Season 2 premiered on Netflix in 2017. Ansari warned at the time that there would be a lengthy break before future seasons, telling Vulture that he would have to “get married or have a kid or something” before diving back into the character of Dev. “I don’t have anything else to say about being a young guy being single in New York eating food around town all the time.” 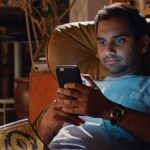 Also Read:
‘Master of None’ Season 3 to Premiere in May

Following the second season and its rapturous reception from critics and awards bodies, Ansari briefly dropped out of the spotlight after being accused of sexual misconduct in 2018. He returned a year later for a stand-up tour and Spike Jonze-directed Netflix special in which he addressed the allegations.