The film adaptation of “Matilda,” the West End stage musical based on the beloved Roald Dahl character, will be released by Sony’s TriStar Pictures in the UK and Ireland and released by Netflix in the rest of the world in December 2022.

“Matilda” stars Emma Thompson, Lashana Lynch and newcomer Alisha Weir as Matilda, and TriStar is handling the theatrical release set for Dec. 2, 2022 while Netflix will release the film sometime later that December.

Both the play and the Roald Dahl book tell the story of an extraordinary young girl with a rich mind who uses her pluck and smarts to overcome a set of crude and distant parents and a mean school teacher. The book is Dahl’s most popular, selling 17 million copies worldwide, and the story was last adapted for the screen in 1996 that was directed by Danny DeVito and starred Mara Wilson as the title character. 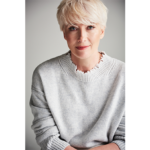 “Matilda the Musical” first opened in the West End in 2011, and Matthew Warchus, who directed the play on stage both in the West End and Broadway and won an Olivier Award for his work, is directing the film adaptation. The play won seven Olivier Awards, including for Best New Musical, and five Tony Awards as part of a 1,555 performance run on Broadway.

The film is being produced by Tim Bevan and Eric Fellner of Working Title, Jon Finn, and Luke Kelly of The Roald Dahl Story Company. The screenplay is adapted by Dennis Kelly with original music and lyrics written by Tim Minchin.

For the record: A previous version of this story listed the film opening “this December.” It opens Dec. 2022