Matt Shakman will no longer direct the upcoming sequel to “Star Trek” that will reunite the cast led by Chris Pine and Zachary Quinto, a rep for Paramount told TheWrap.

“Matt Shakman is an incredibly talented filmmaker, and we regret the timing didn’t align for him to direct our upcoming Star Trek film. We are grateful for his many contributions, are excited about the creative vision of this next chapter and look forward to bringing it to audiences all around world,” Paramount said in a statement.

Shakman on Friday was reported to be in early talks to direct “Fantastic Four” for Marvel. 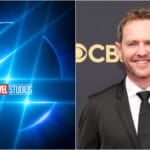 The untitled sequel to “Star Trek,” a follow-up of “Star Trek Beyond” from 2016, was announced at a Paramount investor day early this year by producer J.J. Abrams, tapping Shakman as the director and with the hopes that the film would begin shooting this year. The film was even dated for a release in December 2023.

Simon Pegg, Karl Urban, Zoe Saldaña and John Cho along with Pine and Qunito were all expected to return (save for the late Anton Yelchin), but it’s unclear now whether the date will move and, if it does, who will fill the director’s chair.

Shakman is a veteran TV director behind “WandaVision” but also episodes of “Game of Thrones,” “The Great,” “Succession,” “The Boys” and many more. 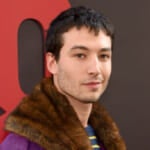 Also Read:
Ezra Miller Meets With Warner Bros. Execs About the Future of ‘The Flash’
x