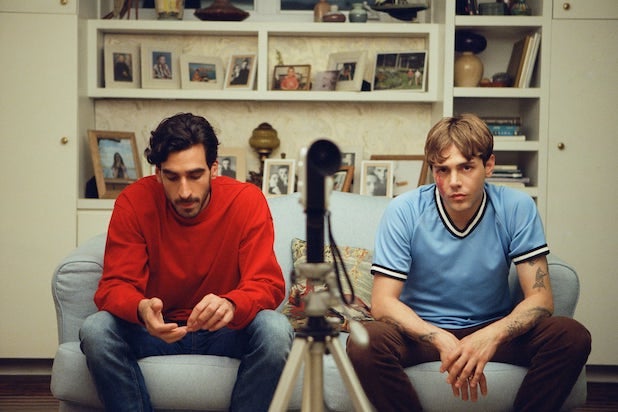 From one point of view, Xavier Dolan’s career looks like a precocious, single-minded blitz. As a director (he’s also a writer and actor), he’s made eight films between 2009 and 2019, with his first coming at the age of 20 and his latest, “Matthias & Maxime,” premiering at the Cannes Film Festival in the main competition on Wednesday. It is the sixth of Dolan’s films to play in Cannes, with “Mommy” winning the Jury Prize and “It’s Only the End of the World” winning the Grand Prize.

So why does “Matthias & Maxime” feel like a comeback of sorts for the former wunderkind who turned 30 two months ago? Why does it feel as if Dolan’s blitzkrieg of a career had reached a crisis point where it badly needed a film as sharp and warm as this one?

Mostly, that’s because of Dolan’s last two films. “It’s Only the End of the World” may have won the Grand Prize three years ago (essentially, the runner-up to the Palme d’Or), but it got the most mixed reviews of any Dolan film to that point, with many finding it nearly unendurable to watch its assemblage of high-priced talent (Marion Cotillard, Lea Seydoux, Vincent Cassel) scream at each other for 99 minutes.

And its follow-up, “The Death and Life of John F. Donovan,” was even more of a disappointment. The lengthy production, Dolan’s first in English, had a troubled post-production, with a central role played by Dolan’s good friend Jessica Chastain cut completely; it received by far the worst reviews of his career and virtually disappeared at the box office.

Before “John F. Donovan” even came out, Dolan was at work on “Matthias & Maxime,” which in many ways feels like a return to the sweet spot he hit so often in his earlier films. It deals with youth and sexuality and with the arrival of adulthood, and it reunites Dolan with Anne Dorval, who has now appeared in five of his movies, most memorably playing his mother in both his debut, “I Killed My Mother,” and his most acclaimed film, “Mommy.”

She plays his mother again in “Matthias & Maxime,” and some of their scenes are every bit as fiery and volcanic as those part films. But there’s also a tenderness to the relationship between Max (played by Dolan himself), a young man about to leave Montreal for two years in Australia, and his mother, Manon (Dorval), who’s aging but resisting the idea she needs assistive care.

Dolan has always been a maestro of oversized emotions, but the warmth and restraint of “Matthias & Maxime” is what gives it life. The film focuses on a gang of four friends – loud, boisterous, party happy, loving and aggressively heterosexual, or at least that’s what they want you to think. But when Max and his friend Matt (a haunting Gabriel D’Almeida Freitas) agree to participate in a student film – and then find out that they’re being asked to make out on camera – the two men are shaken to their cores by the feelings that are stirred up.

“Matthias & Maxime” deals with friendship and self discovery in a way that will be familiar to fans of Dolan’s previous work, but it is a, dare we say, more mature work; there’s a reflection to go with the gleeful, transgressive energy, a sense of looking back fondly at the jarring but seminal moments that form identity.

It’s one of several high-profile Cannes titles this year to deal to varying degrees with the queer experience – along with Pedro Almodovar’s “Pain and Glory,” Celine Sciamma’s “Portrait of a Lady on Fire” and even Dexter Fletcher’s “Rocketman” – and it reaffirms a distinctive cinematic voice who might be going back to his greatest hits, but has brought something new to them.