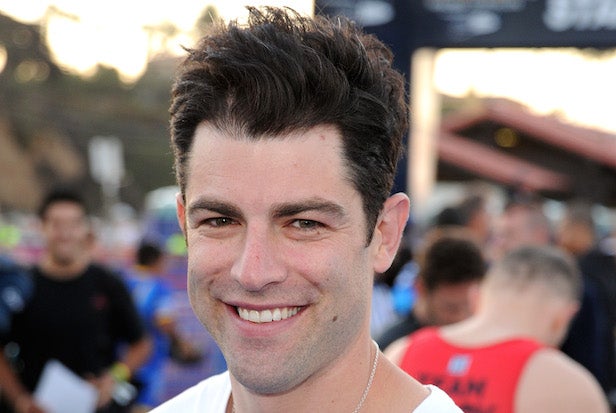 It’s an unthinkable proposition, but one that was very real: The role of Schmidt on “New Girl” could have been played by someone other than Max Greenfield.

Greenfield, now 33, seemingly became an overnight sensation when he debuted on the Fox sitcom in 2011 as the goofball-bro-OCD hybrid with a heart. But the truth is that he had been working his way up through the industry for 12 years before that big break — starting with an episode of MTV’s “Undressed.”  And as he told TheWrap this past weekend at Tribeca in New York, he almost called it quits before his career really began rolling.

“Right before ‘New Girl’ happened, there were definitely moments of, I probably shouldn’t do this anymore,” Greenfield admitted. “I just had a kid and at one point was like, At what point does this become selfish? You don’t want to become a dad who is running around and saying, ‘I just got a callback on a guest star on ‘The Middle.” I just didn’t want to be that guy.”

Everyone has self-doubts, especially when chasing the dream in Hollywood, but Greenfield went so far as to actively pursue a career change. He had featured on shows like “Veronica Mars,” “Greek” and “Ugly Betty,” but the future didn’t seem bright when it came to being in front of the camera.

“Just before ‘New Girl,’ I called a buddy of mine and asked for a job as a writing assistant,” Greenfield said. “Unfortunately I didn’t go to college so I wasn’t qualified for anything else. But [his friend] ran that show and I thought, maybe I’ll start at the very lowest point for a writer and see what happens with that, because this doesn’t seem to be happening as an actor.”

He went on to say that “there were huge moments of doubt, and then it all turned around within a month after that. And you go, ‘How the hell did this happen?”

The actor was in New York to discuss the film “About Alex,” a sort of darker “Big Chill” for a more fractured generation, which features Greenfield opposite co-stars Aubrey Plaza and Jason Ritter. It is one of several upcoming movies prominently featuring the sitcom star, including “They Came Together,” the upcoming comedy starring Paul Rudd and Amy Poehler.

“I don’t feel any different. It’s so funny where you do interviews, people will go, ‘You guys are all established actors…’ and I’m like, ‘Am I? Really?’And I don’t feel that way and I genuinely don’t know that I will ever feel that way, although I probably at some point should,” he joked.

“That’s probably a therapy thing,” Greenfield continued. “You still have those feelings of like, so grateful and kind of like, this is all still so new.”

“About Alex,” which premiered at Tribeca to enthusiastic praise, featured Greenfield playing a very blunt, truth-talking jerk — and the actor was “really excited” for the change of pace the character afforded.

Hopefully, audiences will get to see Greenfield’s latest role on the big screen soon. As of press time, “About Alex,” which just made its world premiere, is in the usual festival process of finding a distributor.