Rep. Maxine Waters tweeted Tuesday that her Twitter was “hacked” and all of her tweets were erased.

“I have been hacked and my Twitter account has been erased. I know who has done this. I will take care of this. M Waters.,” she wrote.

Her account still seems to be functioning. ProPublica tracks elected officials’ deleted tweets, and a few of Waters’ retweets and quote tweets were deleted Monday evening, marking the first deletions from the account since Sept. 8. 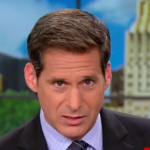 The shared posts that were deleted were from the Los Angeles chapter of the Democratic Socialists of America, her colleague Rep. Chuy Garcia and an Alzheimer’s advocacy group that promoted her work with the organization. None of the deleted tweets appear to be out of line with what the California Democrat would normally share.

The verified account she uses to campaign for re-election also appears unscathed. A representative for Twitter did not immediately return a request for comment on her claim that she was hacked.

Numerous users expressed skepticism in the replies to Waters’ tweet, but some were kind.

“I’m reclaiming my tweets,” quipped one observer, referring to a viral one-liner she hurled at then-treasury secretary Steven Mnuchin during a House Financial Services Committee hearing.