AMC has ordered its second Anne Rice adaptation to series, “The Lives of The Mayfair Witches.”

Per AMC, which has titled the series “Anne Rice’s Mayfair Witches,” “the series will focus on an intuitive young neurosurgeon who discovers that she is the unlikely heir to a family of witches. As she grapples with her newfound powers, she must contend with a sinister presence that has haunted her family for generations.” 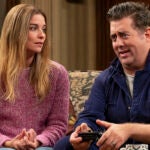 Also Read:
‘Kevin Can F**k Himself’ to End After Season 2 at AMC

AMC Networks acquired the rights to Rice’s iconic works last year in a major deal, encompassing 18 titles: The Vampire Chronicles series — “Interview with the Vampire,” “The Vampire Lestat,” “The Queen of the Damned,” “The Tale of the Body Thief,” “Memnoch The Devil,” “The Vampire Armand,” “Pandora,” “Vittorio the Vampire,” “Blood and Gold,” “Prince Lestat,” “Prince Lestat and the Realms of Atlantis,” and “Blood Communion: A Tale of Prince Lestat”; The Lives Of The Mayfair Witches series — “The Witching Hour,” “Lasher,” “Taltos”; and The Vampire Chronicles/The Lives Of The Mayfair Witches crossover novels — “Merrick,” “Blackwood Farm” and “Blood Canticle.”

Rolin Jones is spearheading the network’s “Interview With the Vampire” series, and will serve as creator, showrunner and executive producer. That series stars Sam Reid (Lestat) and Jacob Anderson (Louis) and Bailey Bass (Claudia).

Producer Mark Johnson (“Breaking Bad,” “Better Call Saul,” “Halt and Catch Fire,” “Rectify”), who also has an overall deal with AMC Studios, is the lead on developing the full Rice collection into a streaming and television universe. Anne Rice and her son Christopher Rice will serve as executive producers on all series and films. 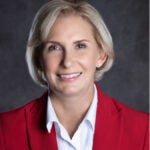 “2022 will be the biggest year for original programming in the history of our company, and we are literally over the moon that it will now include the first two series in an expanding Anne Rice universe built around stories and characters that have captivated millions of fans around the world,” said Dan McDermott, president of entertainment and AMC Studios for AMC Networks. “We are also extremely fortunate to have such talented storytellers as Esta and Michelle guiding this adaptation, which will follow the first season of ‘Anne Rice’s Interview with the Vampire’ late next year.”