“Fetch” has finally happened, in a way.

The word that Gretchen (Lacey Chabert) was trying so hard to turn into a thing in “Mean Girls,” is now the name of an app that lets users turn their receipts into rebates and gift cards from their favorite retailers.

Daniel Franzese, who played Damian in the 2004 high school comedy, is promoting the brand in a new “Fetch Happened” campaign that’s running online and on social media. 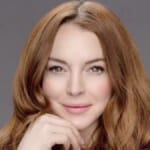 In the first ad, which was released this week, Franzese, says, “Sorry, Regina, someone finally made ‘fetch’ happen,” referencing the famous line spoken by Rachel McAdams, “Stop trying to make ‘fetch’ happen!” He then receives deliveries of his favorite items, including a pink T-shirt that reads “Fetch happened.” It must be Wednesday!

According to the company, 17 million people use the app each month, and 11 million receipts are scanned every day. 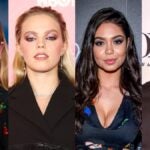