“Mean Girls” Day is upon us once again, with fans everywhere paying tribute to the 2004 movie with gifs and memes of the moment Aaron Samuels (Jonathan Bennett) told Cady Heron (Lindsay Lohan): “It’s October 3rd.”

But Alicia Silverstone is celebrating the day a bit differently, admitting that her character Cher from 1995’s “Clueless” was actually the one to fracture Regina George’s spine.

Though nothing will ever top “Ugh, as if!” Silverstone still had some incredibly memorable one-liners in “Oops! My bad” and “Should we leave them a note?” And Silverstone used the former to caption her “Mean Girls” tribute this year.

In a video posted to her TikTok, Silverstone first showed herself looking pensive, with the caption of the shot being “Thinking back to that day….” The video then flashes back to Regina George (Rachel McAdams) confronting Cady in the street, just before she’s hit by a bus. Only this time, it’s not a bus — it’s Cher. 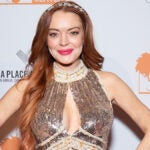 Silverstone used another one of her “Clueless” lines for the voiceover, saying that Regina “came out of nowhere.”

For those who haven’t seen “Clueless” in awhile, a quick reminder: Cher is a terrible driver. During her driver’s test, she was unable to make a right turn, almost killed a biker and side-swiped a few cars. So no, she didn’t pass on her first attempt.

Relive the scary moment below: 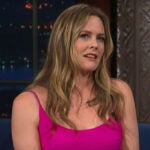 Though Silverstone tagged Lindsay Lohan in her post as well, the movie’s star hadn’t responded as of this writing. But the official “Mean Girls” Twitter account did, and took it all in stride, quoting Silverstone’s line back to her.