The organization has been analyzing Fox News’ vaccine coverage for months. A previous report showed that 57% of segments from June 28 to July 11 downplayed or undermined the vaccine, so anti-vaccine content has increased in recent weeks.

This coincides with increased calls from some Fox News personalities, like Steve Doocy and Sean Hannity, for viewers to get vaccinated. Those calls were reported widely as an about-face for Fox News, but the Media Matters study contradicts that narrative. 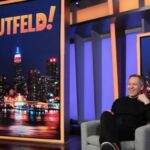 Fox News has featured a vaccine finder on its digital site, issued public service announcements on the vaccine and hosted a town hall on vaccination earlier this year. News anchor Harris Faulkner was involved in both of those efforts while Doocy and John Roberts were among those who participated in the PSAs while other talent like Kayleigh McEnany, Maria Bartiromo and Trey Gowdy shared their own decisions to get the jab. The Media Matters analysis, meanwhile, points to hosts Tucker Carlson, Brian Kilmeade and Laura Ingraham as primary offenders in facilitating anti-vaccine sentiment spread. Carlson and Kilmeade, per Media Matters, each made 53 comments undercutting vaccines during the time period. Ingraham and Pete Hegseth each made 41.

There is debate over whether this programming translates to real vaccine hesitancy among viewers, though that is what observers and organizations like Media Matters are concerned about. Last month, the Washington Post noted that Fox News’ viewership was more vaccinated than the national average. Individuals who get news from Fox News, according to the Post, are more likely to be vaccinated than those who get their news on Facebook.

“Fox’s continued undermining of immunization efforts is particularly harmful given the nationwide surge in cases and deaths among those who have not received a COVID-19 vaccination,” the left-wing watchdog group said Friday.