It wasn’t a surprise when the Academy’s board of governors awarded the Irving G. Thalberg Memorial Award to John Calley — although, if you just look at his credits as a producer, it might seem odd that he was considered such a shoo-in for an award designed to honor a creative producer’s body of work.

Over his 50 years in the movie business, Calley’s career as a producer came in several distinct phases. In the 1960s, he served as producer or associate producer on about 10 films, including “The Americanization of Emily,” “The Sandpiper” and “Ice Station Zebra” (for which he was uncredited). 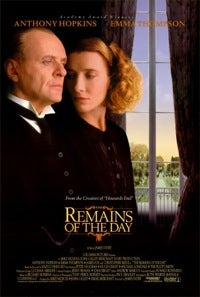 Between 1989 and 1993, he produced “Fat Man and Little Boy,” “Postcards from the Edge” and “The Remains of the Day,” for which he received his one Oscar nomination. (The film lost to "Schindler’s List.")

Since 2004, he’s produced or executive produced “Closer,” “The Da Vinci Code,” “The Jane Austen Book Club” and “Angels and Demons,” among others.

In between those stints as a producer, Calley worked as a studio executive, rising to the top spot at Warner Bros., United Artists and Sony. And if his credits as a producer might seem a little skimpy to deserve a Thalberg, his years at the studios gave him influence over a great many more films – and, as the Academy pointed out in the press release announcing this year’s Governors Awards, Irving Thalberg himself “functioned both as a studio executive and as a producer.”

So you could say that, like previous recipients Darryl F. Zanuck, Jack Warner and Samuel Goldwyn, Calley is a distinctly Thalbergian Thalberg winner.

But that’s not to say that he’s a typical Hollywood exec by any means. In the ’70s, when he held top spots at Warner Bros., Calley was known for creating a loose, artist-friendly environment, for screening foreign and art-house films many afternoons, and for recognizing work that other studios didn’t.

At Warners, Calley was involved in such films as "A Clockwork Orange," "McCabe and Mrs. Miller," "The Exorcist" and "Dog Day Afternoon."

Respected by filmmakers like Clint Eastwood (who called him one of the "terrific people" at the studio), he became close friends with both Mike Nichols and Stanley Kubrick.

Almost out of the business (by his own choice) after his years at Warners, Calley returned to production to work with Nichols, then took the top job at United Artists at a time when the studio had little money but was looking to reestablish some credibility.

In 1996, he moved to Sony, helping put the studio on an even keel after the stormy stewardship of Peter Guber and Jon Peters. In John Nathan’s book "Sony," the author sums up Calley’s reputation as "a rational and sophisticated man entirely outside the Hollywood mold yet widely respected in the community."

The Thalberg Award, by the way, seems to have gone into hibernation in recent years: after being handed out 35 times between 1937 and 1999, it’s only been bestowed once in this century, to Dino DeLaurentiis at the 2000 Oscars. The last eight Oscar shows have been without a Thalberg winner, by far the longest gap ever.