The man behind “Monster from the Ocean Floor,” "Women in Cages," “Attack of the Crab Monsters,” "The Student Nurses," “Stakeout on Dope Street,” “Big Bad Mama” and “Sorority House Massacre” is now an Academy Award winner.

And Francis Coppola, Martin Scorsese, Jack Nicholson, Jonathan Demme and a lot of other notable Academy members wouldn’t have it any other way.

Roger Corman, who for decades ran an astonishingly prolific low-budget movie factory and gave early breaks to the likes of Scorsese, Coppola and Demme, was voted an honorary Oscar less for the films he’s made than the people he’s helped. 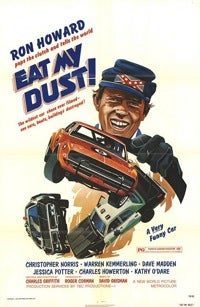 In the book “Flying Through Hollywood by the Seat of My Pants,” a memoir from the late filmmaker and American International Pictures founder Samuel Arkoff, who employed and worked closely with Corman for more than a decade, Arkoff quoted Corman as wondering why so many of his crew members went on to become noted directors of their own:

“Have they become directors because they learned so much from me? Or are they looking at me and saying to themselves, ‘If Roger can do it, anybody can do it!’?"

Corman’s m.o. was to make films cheaply and quickly, using any means necessary to cut costs. When he went to England to film the Edgar Allan Poe adaptation “The Masque of the Red Death,” he saw sets from the recently-completed film “Becket” sitting around unused, and quickly borrowed them for his own movie.

When he loved the cemetery set that had been built for “The Raven,” he decided to reuse it before it was dismantled; no sooner had he wrapped that film than he headed back to the cemetery after negotiating a cut rate for two days’ work from Boris Karloff. He later shot more scenes to fit that footage, including some that made it seem as if co-star Jack Nicholson was in scenes with Karloff, when in fact the two never worked together.

Summed up Arkoff, “Someone once said that Roger could make a film in a phone booth for the cost of a call to New York and finish it before the three minutes were up.”

But Corman also has a connection to a couple of Oscar-winning films. He had a small role in “The Godfather: Part II,” directed by Coppola, who’d worked on “The Terror” (the Karloff/Nicholson quickie) and “Dementia 13” for Corman at the beginning of his career.

And in 1973, Corman launched New World Pictures and was looking for films to distribute when he heard that Ingmar Bergman’s latest, “Cries and Whispers,” didn’t have a distributor. He bought the film for $75,000 sight unseen, and watched it score five Oscar nominations, including best picture, best director and best original screenplay. (The film won for Sven Nykvist’s cinematography.)

Corman’s best film, if you go by votes from Internet Movie Database users, is “The Intruder,” a little-screen 1962 drama about racism in the South. His Poe adaptations also score highly. The Academy, you might have guessed, ignored all of them.

But Corman did get a backstage shout-out in 2002 at the Kodak Theater, when “A Beautiful Mind” won Ron Howard Oscars for best director and best picture.

As photographers gathered around Howard in the wings of the stage, Tom Hanks summoned up the name of the 1976 car-chase flick that Howard had acted in for Corman, in return for the producer allowing Howard to direct his first film.