Megan Boone and her newly launched production company, Weird Sister, have signed a first-look deal with Sony Pictures Television on the heels of Boone’s exit from NBC’s “The Blacklist,” a spokesperson for the actress told TheWrap.

Boone’s eight-season run starring as Elizabeth “Liz” Keen opposite James Spader as Raymond “Red” Reddington on “The Blacklist,” which is produced by Sony, came to an end with the FBI drama’s Season 8 finale on Wednesday. That episode is the final one that will feature Boone as a series regular, though the show has already been renewed for Season 9 at NBC.

To find out how Boone’s Liz was written off “The Blacklist,” readers can head over to the spoiler-filled post here. 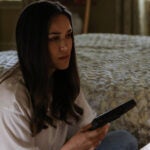 “Megan was instrumental in the success of Blacklist and we are elated she will continue to be an integral member of the Sony family,” Jeff Frost, president of Sony Pictures Television, said. “Megan’s artistic prowess and vision is extremely complimentary to our creative focus and direction and we’re very excited about developing new projects with her. We look forward to much continued success together.”

Boone added: “I am beyond excited to have a home at SPTV where I can branch out and continue to work with this incredible team. They have been instrumental in my career, and fundamentally believe in my vision for Weird Sister. I’m thrilled for this new chapter.”

Aside from her now-ended role as Liz on “The Blacklist,” Keen’s most notable recent TV credit is Barry Jenkins’ Amazon Prime Video limited series “The Underground Railroad,” which launched May 14.

On the film side, Boone has starred in Adele Romanski’s (“Moonlight”) relationship drama “Leave Me Like You Found Me,” for which she won the Best Actor Award at the 2012 GenArt Film Festival. 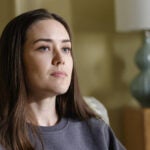