Megyn Kelly and Piers Morgan both say tennis star Naomi Osaka blocked them on Twitter after they criticized her public statements on mental health and the press.

“Poor @naomiosaka blocked me while taking a shot at me (guess she’s only tough on the courts),” tweeted Kelly Monday afternoon, including a screenshot of Osaka’s profile, which showed her account was blocked. “She is apparently arguing that she shot her many covers b/4 publicly claiming she was too socially anxious to deal w/press. Truth is she just doesn’t like Qs she can’t control. Admit it.”

Morgan, a British media figure who has railed against Osaka in recent weeks, responded to Kelly to say he’d been blocked, too. 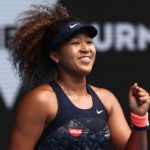 “The only media Ms Osaka wants to tolerate are sycophantic magazine editors telling her how perfect she is,” he added.

Osaka responded to Kelly Monday after the podcaster went after her for appearing on magazine covers — including the Sports Illustrated swimsuit issue — after withdrawing from two high-profile tournaments and announcing that dealing with the press triggered her anxiety.

“Seeing as you’re a journalist I would’ve assumed you would take the time to research what the lead times are for magazines, if you did that you would’ve found out I shot all of my covers last year. Instead your first reaction is to hop on here and spew negativity, do better Megan [sic],” the athlete wrote.

Last month, Morgan wrote a Daily Mail column in which he called the 23-year-old an “arrogant spoiled brat.” His column came three months after his comments on the mental health of another woman of color — Meghan Markle — led him to quit his “Good Morning Britain” job.