“Good Lord please never let the snowflakes who need this sign up for our military,” she tweeted Thursday morning.

Some users pointed out that the Marines have utilized quiet rooms as part of their medical capability for years, directing her to the service’s government website, while others noted that numerous workplaces feature similar “trauma rooms.” 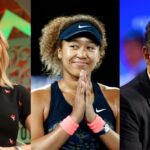 Sports anchor Trenni Kusnierek of NBC News’ Boston station wrote, “Four times as many troops and vets have died by suicide than in combat. Having a mental health issue/illness and properly addressing it does not make you a snowflake or weak. On the contrary, it makes you much stronger than most.”

Others branded Kelly’s comments as “faux outrage” and attention-seeking.

There’s been a national conversation around the state of professional athletes’ mental health in recent months, led by tennis star Naomi Osaka,. Osaka pulled out of major tournaments this year, citing the anxiety she feels around her participation and the media expectations that come with the events.

Kelly and Osaka did battle on Twitter last month after Osaka appeared on the cover of a few magazines and Kelly criticized her. The tennis player urged the journalist to “do better,” but ultimately blocked her.