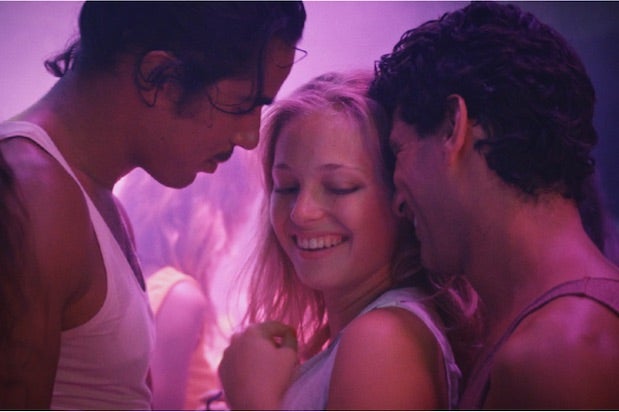 Just when you think you’ve seen it all before, director Abdellatif Kechiche goes and drops something as toxically indulgent as “Mektoub, My Love: Intermezzo,” a three-and-half-hour-long provocation that will now make the “Blue Is the Warmest Color” director the most talked-about man on the Croisette once again — and not in a good way.

This essentially narrative-free sequel to 2017’s “Mektoub, My Love: Canto Uno” (still unreleased in the U.S., and boy this latest venture is not going to help things there) takes the already sporadically clothed cast of that previous film, plops them onto a beach for the initial 30 minutes, moves them to a club for the subsequent three hours, leers at every crevice of their bodies along the way and then calls it a day.

Squint hard enough and you can see what he’s going for. Instead of growing the slight narrative seeds he planted with “Canto Uno,” which followed a tight circle of Franco-Algerian young adults over the course of the summer of 1994, here Kechiche simply wants to embed you with them over the course of one long late-summer night, moving from the beach to the club to each other’s arms. In other words, before continuing the narrative (i.e. “Canto Due”), let’s just live with them in the moment before moving on. Intermission time!

But whose moment are we really living? I mean, no single scene or shot is ever more than a minute or two away from another tight close-up of a booty in motion, usually clad in cut-offs short enough to leave no part of the actors’ anatomies to the imagination.

Though we pick up the young cast from “Canto Uno,” the latest film’s real stars are the twerk, the pole-dance, the hump and the grind, and Kechiche makes sure to put them all on ample display for three-and-a-half hours. Add up nothing but the shots of jiggling butts and you’ll have an hour’s worth of footage.

Kechiche took more than his fair share of flak for the sexual frankness of “Blue Is the Warmest Color” and “Canto Uno,” but in both cases he could argue that the lasciviousness on screen was a natural outgrowth of the larger setting he sought to evoke. The dude cannot make that argument here, where there’s no other setting to speak of.

More than anything else, the film feels like a giant troll, a libidinous F-you to every one of the director’s critics. In amplifying everything deemed problematic about his previous work while stripping away all of their saving graces, Kechiche has basically thrown down the gauntlet and made a film that is nearly impossible to critique.

Put it this way: To criticize “Intermezzo” for spending too long obsessing on gyrating booties and glistening young flesh would be about as effective as criticizing Andy Warhol’s experimental film “Empire” for only shooting one building in Midtown Manhattan — that’s the movie’s very point!

It certainly will do that, all while making the film all but unreleasable. But there we can find the film’s real perverse charge — in watching a once acclaimed director self-immolate in real time. Kechiche will no doubt argue that this scuzzy entr’acte is just a prelude for the more substantial planned sequel “Canto Due” (the footage of which he’s already shot). He doesn’t seem to realize that by taking this film to Cannes, he’s not likely to ever be invited back.