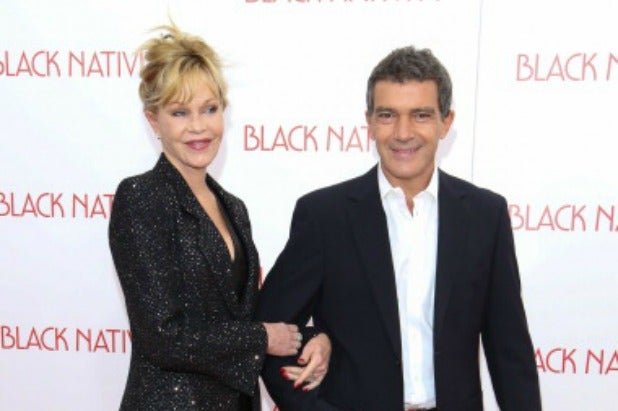 Melanie Griffith and Antonio Banderas are divorcing after 18 years of marriage, saying they want to honor and respect “the beautiful time we have spent together.”

“We have thoughtfully and consensually decided to finalize our almost 20-year marriage in a loving and friendly manner honoring and respecting each other, our family and friends and the beautiful time we have spent together,” the couple said in a joint statement.

Griffith, 56, and Banderas, 53, have one child together, 17-year-old Stella, who appeared with her mother in Banderas’ directorial debut, “Crazy in Alabama,” in 1999.

The marriage was the second for the “Zorro” actor, who was previously married to Ana Leza. It was the fourth for the “Working Girl” star, the daughter of actress Tippi Hendren and advertising executive Peter Griffith.

Melanie Griffith was married once to Steven Bauer and twice to Don Johnson. Her daughter with Johnson, Dakota, stars in the upcoming “Fifty Shades of Grey.”