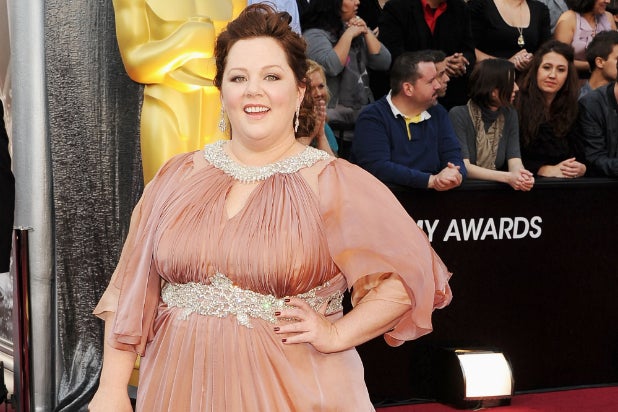 Melissa McCarthy has stirred up a backlash against fashion designers after revealing in a new interview that several top labels turned the plus-sized actress down for the 2012 Academy Awards – but TheWrap has learned that at least one was eager to work with the comedy star.

“Two Oscars ago, I couldn’t find anybody to do a dress for me. I asked five or six designers–very high-level ones who make lots of dresses for people–and they all said no,” McCarthy said in the July issue of Redbook.

Also read: Melissa McCarthy Reveals Designers Refused to Dress Her for the 2012 Oscars

McCarthy wound up wearing a rose pink draped gown by Marina Rinaldi. But according to emails obtained by TheWrap, another designer, Mark Zunino, offered to dress the actress.

Couture designer Zunino, who has experience dressing women of all shapes and sizes, including Halle Berry, Angelina Jolie and Shonda Rhimes, made at least two sketches (below) of possible dress designs for McCarthy to wear to the Oscars. According to one email, Zunino’s team said it would be happy to let McCarthy keep the dress after the big event – unlike most fashion houses, which only rent their gowns and accessories to starlets.

See video: Melissa McCarthy Gets Away and Gets Caught in New ‘Tammy’ Trailer (Video)

The first overtures from dOMAIN, the Los Angeles PR company that represented McCarthy at the time, began in mid-January 2012, which would have given Zunino just enough time to design and customize the gown to be ready for the Feb. 26 Oscars ceremony.

Zunino’s sketches were received with enthusiasm on Jan. 23 by the dOMAIN intermediary: “These are all amazing! Thank you…”

But the communication appears to have ended there.

Of course, a woman is not obligated to choose a designer if she does not like the designs, but Zunino’s willingness to provide them and make the dress is far from saying “no” to McCarthy.

Representatives for McCarthy did not immediately return TheWrap’s request for comment. 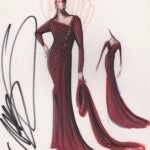 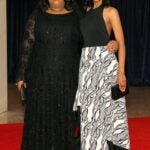 Shonda Rhimes (L) arrives at the 2013 White House Correspondents Association Dinner in a dress designed for her by Zunino, accompanied by Kerry Washington 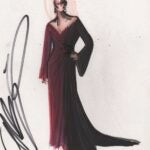