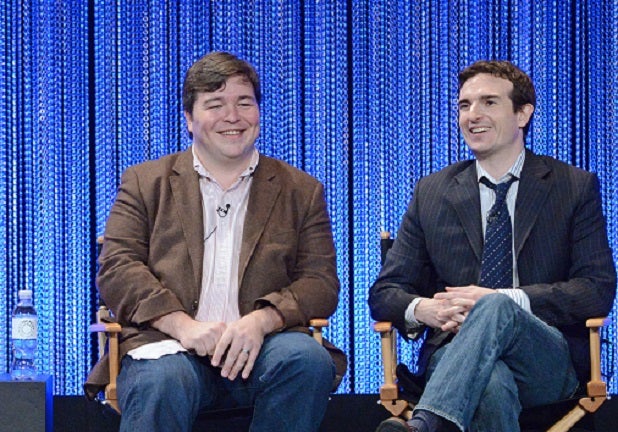 Looking for clues about what’s going to happen when “How I Met Your Mother” wraps its run on March 31?

The answers weren’t forthcoming at the show’s PaleyFest Panel on Saturday in Hollywood.

Quizzed about the details of the upcoming finale, series creators Carter Bays and Craig Thomas remained steadfastly tightlipped about the series wrap during the panel, which was moderated by “HIMYM” guest star Wayne Brady.

Asked by Brady about the persistent internet rumors that the mother — introduced last season as stage actress Cristin Milioti — is dying at the end of the series, Bays and Thomas remained mum, for the most part.

See video: ‘How I Met Your Mother’ Cast Does ‘Inside the Actors Studio’ (Video)

“America wants to know, would you really kill off the mother?” Brady asked.

“We’re wildly excited about the finale, and its great, and obviously we can’t say anything about it,” Bays said. “I wish we could, I wish we could tell you what’s gonna happen.”

Acknowledging that the series does “super-weird things,” Thomas added, “Stay tuned for two weeks and we’ll see what happens.”

Asked about what’s next for the duo — who are working on the upcoming spinoff pilot “How I Met Your Dad,” starring Greta Gerwig — the pair was similarly evasive.

“I don’t know how you do anything after this kind of experience. Craig and I, most showrunners don’t stay with a show for nine years, and it’s kind of crazy in a lot of ways, but it’s like, what else could you possibly want to do other than this?”

“We’re gonna get that with our next project, ‘Who Farted?'” Thomas cracked wise.

See video: ‘Orange Is the New Black’s’ Jason Biggs, Taylor Schilling and Cast Answer: Is the Show a Comedy or Drama? (Video)

While Bays, Thomas, Milioti, Alyson Hannigan and executive producer/director Pam Fryman, were on hand for the panel, Neil Patrick Harris — currently preparing to star in the Broadway production of “Hedwig and the Angry Inch” — weighed in via Skype, taking time to praise his cast members and, in particular, new addition Milioti.

“Cristin, I don’t think any of us could have asked for a better person to play the mother,” Harris noted. “We are super so lucky to have you as the quintessential person.”