Michael Wilmington, a longtime former film critic for the Chicago Tribune, has died. He was 75.

Wilmington died Thursday at Hollywood Presbyterian Medical Center in Los Angeles after being diagnosed with Parkinson’s disease in 2013. His friend Jackie Fitzgerald shared the news with the Chicago Tribune, which announced his passing.

Wilmington spent 15 years writing for the Chicago Tribune beginning in 1993 as the full time critic, taking on more of the day-to-day film critic duties while his colleague Gene Siskel focused more heavily on his TV show with Roger Ebert. 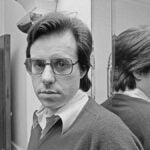 Between 1984-1993 he lived in Los Angeles and wrote regular film reviews for the Los Angeles Times, and after leaving the Tribune, he wrote steadily for Movie City News, publishing his last review on the Adam Driver film “Paterson” in 2016.

Wilmington became a fixture in Chicago screening rooms, as did his mother, who often attended screenings with him and even became an honorary member of the Chicago Film Critics Association. His mother Edna passed away in 2009, and Wilmington wrote a tribute to his mother for MCN.

Wilmington studied at UW Madison where he developed a passion as a student actor and as a cinephile, studying the films of Orson Welles, John Ford, Howard Hawks, and more, and he honed his craft writing for an alternative weekly paper in Madison and elsewhere.

Michael Wilmington was also a member of the National Society of Film Critics, which will hand out its awards for the best films of 2021 on Saturday and will dedicate its annual awards to his memory. 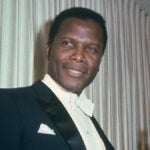