The life story of Peter Bogdanovich, who died this week at the age of 82, reads like the kind of yarn spun in the classic Hollywood movies he loved so much, with triumph and tragedy, rejection and vindication, an outsider becoming an insider, a protégé becoming a mentor.

Born in Kingston, New York, in 1939, Bogdanovich’s early career resembled that of the French New Wave directors who were coming of age at the same time — a bright young man with an obsessive love and knowledge of golden-age American cinema starts out as a film critic and journalist before becoming a filmmaker himself. In the early 1960s, Bogdanovich made a name for himself as a film curator at New York’s Museum of Modern Art, where he showcased underappreciated but groundbreaking filmmakers like John Ford and Allan Dwan and wrote scholarly examinations of the films of Howard Hawks, Orson Welles and Alfred Hitchcock.

Moving to Los Angeles with first wife, Polly Platt, who would play a key role in his earliest cinematic successes, Bogdanovich befriended Roger Corman, who gave him his earliest directorial assignments: the cheesy “Voyage to the Planet of Prehistoric Women” and the powerful “Targets.” The latter film not only provided Boris Karloff the opportunity to deliver a haunting, end-of-career performance as an over-the-hill movie star but also delivered caustic and cogent commentary about America’s gun culture. 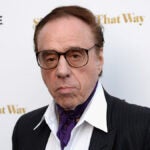 The early 1970s saw some of Bogdanovich’s greatest hits, from his immortal breakout films “The Last Picture Show” (1971), “What’s Up, Doc?” (1972), and “Paper Moon” (1973) — all homages to various classic movie genres with a contemporary pulse — to his friendship with Orson Welles, which would lead to Bogdanovich’s book “This Is Orson Welles” and his co-starring role (as a character not entirely unlike himself) in Welles’ final masterpiece, “The Other Side of the Wind,” which was finally completed and released by Netflix in 2018.

Those directorial triumphs established Bogdanovich as one of the cornerstone directors of what would become known as the New Hollywood of the 1970s, as he demonstrated a gift for making films that were both auteur-driven and audience-friendly. He faced his first major setback following an affair with “Last Picture Show” star Cybill Shepherd, which ended his marriage to Platt. Critics and the film industry designated Bogdanovich as a tall poppy to cut down, and they reveled in the humbling of a wunderkind when his expensive musical “At Long Last Love,” starring Shepherd and Burt Reynolds, flopped. (In later years, Bogdanovich would release a director’s cut of the film to Blu-ray, leading to at least some critical reappraisal.)

He suffered box-office disappointments with “Daisy Miller” (1974) and “Nickelodeon” (1976), although he did garner positive reviews for 1979’s “Saint Jack,” starring Ben Gazzara. Bogdanovich seemed poised for a comeback with 1981’s “They All Laughed,” an all-star screwball comedy starring Gazzara, Audrey Hepburn, John Ritter and Colleen Camp, but the film’s reception was overshadowed by the murder of co-star Dorothy Stratten, with whom he had been romantically involved. (Bogdanovich would marry Stratten’s sister Louise in 1988; they divorced in 2001.) 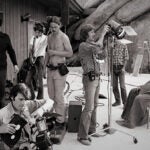 Bogdanovich continued to make films of note, including “Mask” (1985) and “The Cat’s Meow” (2001), but by the 2000s, he found himself in the position of Welles and his other early idols — someone more likely to be sought out as a film historian and mentor than as a working filmmaker. Those relationships with younger filmmakers paid off with his final feature, 2014’s “She’s Funny That Way”; the team of executive producers included admirers Wes Anderson and Noah Baumbach, while Quentin Tarantino (who picked up Bogdanovich’s mantle of paying homage to the cinema of yesteryear) has a cameo as himself.

Peter Bogdanovich leaves behind many unforgettable films, including “The Last Picture Show,” which earned him two Oscar nominations, as director and co-writer with novelist Larry McMurtry (and which retains its austere power five decades later); “What’s Up, Doc?” (still one of the very funniest comedies ever made); and “At Long Last Love” (better than you’ve heard). But he also created reams of cinema scholarship, from his books and documentaries (his last one was 2018’s “The Great Buster: A Celebration”) to the recent TCM podcast “The Plot Thickens,” in which he discussed his singular life with host Ben Mankiewicz.

He was an artist, a critic, a raconteur and the last of the great ascot-wearers. And even when Peter Bogdanovich gave more to the movies than the movies gave to him, his love affair with Hollywood never ended. 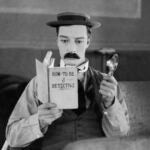 Also Read:
Peter Bogdanovich Says It Only Took ‘One Good Idea’ to Make His Buster Keaton Doc ‘The Great Buster’