This story about “The Other Side of the Wind” first appeared in the Race Begins issue of TheWrap’s Oscar magazine.

Peter Bogdanovich was at home on a Monday morning in 1970 when he got a call from his friend Orson Welles. “What are you doing on Thursday?” Welles said to Bogdanovich, a critic, film scholar and occasional actor just venturing into directing.

“I’m flying to Texas to make ‘The Last Picture Show,'” said Bogdanovich, whose career would explode with that classic film.

Welles was undeterred. “What time are you leaving?” he said. “Three o’clock,” Bogdanovich said. “Good,” said Welles. “Meet me on that road by the airport at noon.”

Welles’ “dirty picture,” complete with a lengthy, bacchanalian party scene and a long stretch that parodied a Michelangelo Antonioni-style experimental film, complete with copious nudity, was “The Other Side of the Wind.” It tells the story of a mercurial, legendary director (John Huston) struggling to complete his final film in the face of Hollywood indifference, and a younger protégé on his way up in the town.

So Bogdanovich met Welles near the airport that Thursday in 1970, filmed a couple of scenes, then went off and made “The Last Picture Show” and a string of other hits. And Welles never finished his movie. He had funding problems, creative problems, more funding problems — and when he died in 1985, “The Other Side of the Wind” entered the realm of cinema legend as the final, unfinished act of a giant who never quite recovered from the fact that his first movie, “Citizen Kane,” was more beloved than anything else he ever did.

But now, 48 years after Welles filmed its first scene, “The Other Side the Wind” has been completed with the help of Bogdanovich and producers Filip Jan Rymsza and Frank Marshall.

The “new” film is accompanied by two different documentaries: “They’ll Love Me When I’m Dead,” a Morgan Neville doc built around Welles’ outtakes, and the lesser-known “A Final Cut for Orson,” a chronicle of the film’s completion directed by Ryan Suffern.

And the four-decade-old footage has become one of the boldest, weirdest films of 2018, a vicious Hollywood fever dream that reeks of the early ’70s but also feels fresher than just about anything produced this year.

“It was one of a kind,” said Rymsza. “There’s still nothing like it, and that’s a testament to Orson.”

But it didn’t come easily. Welles’ career was at a low ebb by the late ’60s, and his biting and wildly experimental look at both the old and new Hollywoods got off to a disjointed start; it wasn’t until a couple of years into the shoot that he finally cast Huston in a role that was at least partially based on Welles himself.

The other lead role was tricky, too. Welles originally cast comic impressionist Rich Little to play a character inspired by Bogdanovich. “I called him one day just to see how things were going,” said Bogdanovich. “He said, ‘Terrible. I just had to let Rich Little go. It cost me 25Gs, and I don’t have that kind of bread!’ I said, ‘Why did you let him go?’ ‘He can’t act!'”

Bogdanovich suggested that he play the role himself; Welles agreed, and reshot the earlier scenes, in which Bogdanovich had played a different character. Welles shot on and off until 1976, when financial troubles forced him to stop.

Also Read: Watch the Trailer for Orson Welles' Lost Film 'The Other Side of the Wind'

In the aftermath of his death, the rights to the footage were tied up with competing claims.

“Such a mess,” said Bogdanovich. “Between Beatrice, his daughter, and Oja [Kodar], his companion, and other people who jumped up and said they had the rights because somebody had signed a thing 10 years earlier, it was just crazy. And everybody backed away from it.”

Showtime tried to get the project off the ground a few times, without much success. And at Cannes in 2010, in the midst of the stops and starts and confusion, the Polish-born Rymsza learned about the project and began investigating.

“It was the Holy Grail of unfinished films,” he said, “and that was too enticing to pass up.” Rymsza started by getting ahold of the script — and even without seeing any footage, he was intrigued.

“The fact that this was a movie about a filmmaker who’s making a comeback picture and dies before he finishes it, that level of metafiction is already too good to be true,” he said.

“And you could see the bitterness and the darkness and in some respects the pettiness. You’re talking about a master filmmaker commenting about filmmaking, so you know it’s gonna be fascinating, whether or not it’s going to be good.”

About 10 hours of a work print existed, which Rymsza said was “very disjointed, and it had been poorly digitized, but it provided a glimpse into what it could be.” Another 96 hours of footage was found, and Rymsza and Marshall had a breakthrough when they brought the idea to Netflix, which said it wanted “The Other Side of the Wind” plus the two related documentaries.

“Once Netflix was involved, everything was ironed out quickly,” said Bogdanovich. “They spent a lot of money on it, and everybody got paid.”

Welles had left very few scenes unfilmed: dummies being hit by bullets, little people setting off fireworks on the roof during a raucous party, and a bit of the ending at a drive-in movie theater in the San Fernando Valley.

“They were very isolated things,” said Rymsza. “We didn’t want to shoot anything per se, but we realized that a lot of the things could be handled with digital effects.”

The VFX wizards at Industrial Light and Magic were also asked to digitally remove Rich Little from a scene that was shot before Welles fired him.

One final fix: Welles hadn’t recorded a piece of narration that was supposed to open the film, so Bogdanovich recorded it in character, after writing a paragraph to introduce his character to the audience.

Also Read: Netflix to Surpass 147 Million Viewers in US by End of Year, Study Finds

“Orson had a really clear blueprint,” said Rymsza. “But at some point you leave the blueprint and get to the point where Orson would have arrived, the assembly. And then you have to interpret.”

They leaned heavily on Welles’ work print, which he said gave them a sense of the style and approach the director had wanted throughout the film. They also kept in mind that Welles famously disliked films that were more than two hours long, so they trimmed away as much as they could to get it close to that mark. (They overshot by two minutes.)

“Slowly, as we trimmed, the film revealed itself to us,” Rymsza said. “Some things could have been put together in a few different ways, but usually one way felt like the direction Orson was going.” Even with Netflix’s money, the project took another year to complete.

“We even went over budget, and they never complained,” said Bogdanovich approvingly. “I think they knew they had something special. There’s not going to be another Orson Welles movie.” 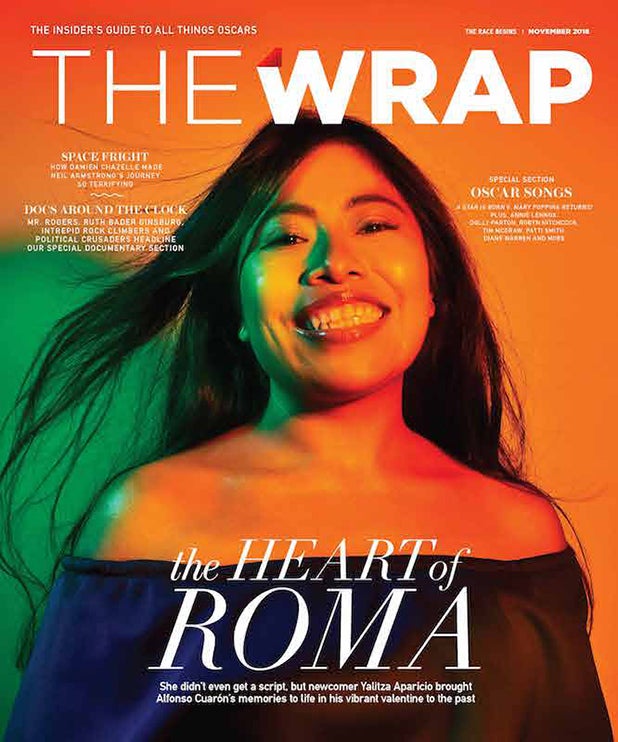