Michelle Williams must have laughed, at least a little bit, that this was even a news story. Back in September, two weeks after Steven Spielberg’s “The Fabelmans” premiered at the Toronto Film Festival, it was revealed in big headlines that the film’s studio intended to push Williams in the Best Leading Actress category for awards consideration.

Awards pundits were shocked. Because at that point, even though the film wouldn’t open for two months, it seemed a safe bet that Williams’s acclaimed performance as Mitzi Fabelman, the protagonist’s kooky, withdrawn mother, was a lock to be nominated for and even win the Best Supporting Actress Oscar.

But what was that assumption based on? It wasn’t the performance itself, but instead an expectation that the studio, Universal, would take advantage of the ever-common practice of category fraud, where a lead or co-lead role is pushed in the supporting category for a better shot at a nomination. Whether her role and performance qualified as a lead – it is and she does – was irrelevant to pundits.

“Why isn’t she gaming the system,” they were saying, “since everybody else does?”

Williams later revealed that she personally asked Universal to campaign her in the lead category, which of course is where she belongs. Her roles in “Brokeback Mountain” and “Manchester by the Sea” were genuine supporting performances and were nominated for Oscars accordingly. The scope of her role in “The Fabelmans” is simply too important to the plot, both in terms of screen time and story arc, to be marked down to the lower category. It is a lead role.

And so bravo to Williams for insisting on a Best Actress push, even if her chances at the gold hardware might have been better in the other category. As of now, about a week away from the Oscar nominations announcement, she is not considered a lock to be nominated. She missed out on a Screen Actors Guild Award nomination, a key precursor. But her decision marks a refreshing, wonderful resurrection of common sense in Oscar campaigning. If Williams is not nominated next week, she deserves even more credit.

To be clear, it is up to the 1,302 members of the Academy’s acting branch to decide in which category to place an actor or actress. (The rules specifically tell them to make up their own minds.) And for sure, Williams could be nominated in the supporting category after all. But the studios spend a lot of time and money to set the compass for everybody else. And in the face of basic logic, one of the biggest propaganda tricks in recent decades has been the studios’ weird, cynical redefinition of what a leading role is.

For example, a few years ago, when “Once Upon a Time in Hollywood” opened, any sentient moviegoer understood that it was a movie with two male leads: Brad Pitt and Leonardo DiCaprio. Like “Midnight Cowboy” or “Amadeus” or “Giant” or “Network” or “Sleuth” or “The Dresser.” All of which, rightfully, scored two nominations in the Best Actor category at the Oscars. 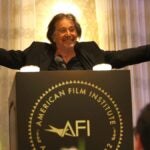 But even before “Once Upon a Time in Hollywood” was released, in the summer of 2019, this narrative had gotten into the water supply: That Pitt was a supporting actor and DiCaprio was a lead. Who knows what that was based on? The two are equally important as protagonists in the story and have almost exactly the same amount of screen time. Perhaps it was propelled by the fact that Pitt had not won an Oscar for acting at that point, and stood a better chance of winning a supporting prize? (Which he ultimately did.)

Well, there is a very long-standing tradition of that gamesmanship. Timothy Hutton won a supporting Oscar for a huge role in “Ordinary People.” Ditto Benicio del Toro for “Traffic.” And Haley Joel Osment was nominated in the supporting category for a film, “The Sixth Sense,” in which he appeared in practically every scene. Each case, even those three, can be taken on its merits: Hutton was a co-lead, del Toro was part of an ensemble, Osment was a child actor.

But how in the world can they explain what happened with Best Supporting Actor in 2021? In one of the oddest things ever to occur in the Oscar universe, the two leading actors from “Judas and the Black Messiah,” Daniel Kaluuya and LaKeith Stanfield, were both nominated in the supporting category. That indicated a level of mass befuddlement at the very notion that a movie can have two leading actors. What were they thinking … or drinking?

This sounds crazy at first, but after the Kaluuya and Stanfield situation, I believe that if “Thelma & Louise” was made today, the Academy’s acting branch would nominate Susan Sarandon and Geena Davis both for Best Supporting Actress instead of, as they did in 1992, for Best Actress. Or maybe, like the “Once Upon a Time in Hollywood” example, they would put the two actresses in different categories – probably Sarandon for supporting because, like Pitt, she might stand a better chance of winning there.

“Thelma & Louise” is an instructive film in this history because it marked the last time, 31 years ago, that two performers were nominated in the same lead category for the same film. (The last time it occurred in Best Actor was for “Amadeus” in 1985.) Slick studio campaigns and Academy acquiescence have essentially made it impossible for such a thing to ever happen again. Because now, even pundits and critics just believe whatever the studio tells them: Sure, Rooney Mara is a supporting actress in “Carol” (ridiculous, she is obviously the co-lead); and oh yeah, why not, Emma Stone and Rachel Weisz are supporting actresses in “The Favourite” (they are absolutely co-leads).

Of course, there is not one person to blame for this situation where the Academy – and Oscar pundits – have brainwashed themselves into believing that leading roles are supporting roles. As in the case of Michelle Williams, pundits just sometimes get too caught up in a performer’s perceived chances of winning the award. That horse race odds-making isn’t really at the root of the problem. 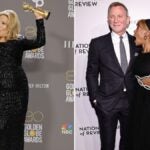 But, actually, if we are searching to find someone to pin this problem on, there is perhaps one individual who is most culpable for the lead-versus-supporting landscape as it currently looks.

He’s rotting away in a Los Angeles jail cell nowadays, but Harvey Weinstein was once the most cunning and ruthless of Oscar campaigners. The classic “Pulp Fiction,” distributed by Weinstein’s Miramax Films in 1994, was a film, unambiguously, with two leading performances by Samuel L. Jackson and John Travolta. That simply would not do for an Oscar race.

Travolta was promoted as the film’s lead actor and Jackson as a supporting actor. And the Academy’s acting branch went along and nominated the two in those categories. Neither man won, but each got nominated, which was the fundamental strategy. However, it should be remembered that Jackson was a finalist for Best Actor prizes among that year’s critics awards and ultimately won the Best Male Lead statuette at the 1995 Film Independent Spirit Awards.

And irony of all terrible ironies, there was a film from 2022 with two leading roles where one has been campaigned as lead and the other as supporting. That would be “She Said,” starring Carey Mulligan and Zoe Kazan as the New York Times journalists who investigated the truth of Harvey Weinstein’s monstrous crimes against women. (The film’s cast structure is, in the best way, reminiscent of “All the President’s Men,” with its co-lead characters at the top.)

Who could possibly watch “She Said” and think that co-lead Mulligan was a supporting actress and Kazan was the film’s sole lead? Inconceivable. But according to Universal Pictures, the movie’s distributor, which also released “The Fabelmans,” that decision does not rest with the studio. Instead, it is always the actors themselves who decide which category they are to be campaigned in.

And in the case of “She Said,” Mulligan’s choice to go supporting has sort of worked, with the actress netting a Golden Globe nomination in the lower category. And surely it is possible that both Mulligan and Michelle Williams could be Oscar nominated this year for Best Supporting Actress. That would be a recognition of their rich, complex performances. Even if, as we’ve so often seen, in the incorrect category.

(Note: This article was updated to clarify that Universal Pictures does not decide for an actor which awards category he or she will be campaigned for. That decision is the actor’s alone.) 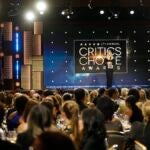