The “Everything Everywhere All At Once” star will play the headmistress of Crage Hall at Shiz University and the Wizard’s colleague Madame Morrible. The character originates from Gregory Maguire’s “Wicked: The Life and Times of the Wicked Witch of the West,” on which the Broadway musical is based.

The film will see Yeoh reunite with her “Crazy Rich Asians” director Chu, who joined the project along with Ariana Grande as Glinda and Cynthia Erivo as Elphaba in Nov. 2021. More recently, Jeff Goldblum signed on to play The Wizard and “Bridgerton” star Jonathan Bailey was cast as Fiyero. 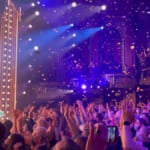 The musical’s book writer Winnie Holzman and three-time Oscar-winning composer and lyricist Stephen Schwartz are teaming up to write the screenplay.

Earlier this year, Chu announced that the movie will be split into two parts, with the first releasing on Christmas 2024 and the second in 2025. The Broadway musical debuted in 2003 and is the 11th longest-running show of all-time, having been seen by more than 60 million people worldwide. 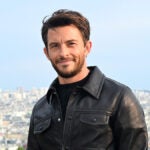