Netflix is calling all Mike Flanagan fans to “Midnight Mass” with the first teaser for “The Haunting” franchise creator’s new limited series.

On Monday, the streaming service dropped this early look at the mysterious series, which you can watch here and via the video above. “Midnight Mass,” which was created by “The Haunting of Hill House” and “The Haunting of Bly Manor” mastermind Flanagan, stars Zach Gilford and Hamish Linklater, and will debut on Sept. 24.

“We tend to dislike mysteries. We feel uncomfortable not knowing,” Linklater’s priest Father Paul says to Gilford’s character, Riley Flynn, in the teaser, as we are shown brief glimpses of a desolate town. “The more that we know, the less we bend, the more brittle we become, the easier to break.” 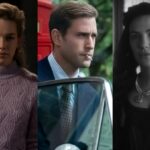 Riley tells him, “That wasn’t an act of God.”

“Wasn’t it? It’s OK to just look at the world and go, ‘Why? Why? Why? I don’t understand,'” Father Paul says, over images of the townspeople clearly becoming disturbed by something.

Riley doesn’t seem to think not knowing is OK, asking, “Who are you?”

“You know who I am,” Father Paul replies, just before the teaser ends.

Here’s the official description for the upcoming seven-episode limited series, courtesy of Netflix: “From ‘The Haunting of Hill House’ creator Mike Flanagan, ‘Midnight Mass’ tells the tale of a small, isolated island community whose existing divisions are amplified by the return of a disgraced young man (Zach Gilford) and the arrival of a charismatic priest (Hamish Linklater). When Father Paul’s appearance on Crockett Island coincides with unexplained and seemingly miraculous events, a renewed religious fervor takes hold of the community – but do these miracles come at a price?” 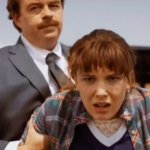 Created and directed by Flanagan, “Midnight Mass” is executive produced by Flanagan and Trevor Macy through their Intrepid Pictures banner, which is under an overall deal with Netflix.

For those of you looking for a little more insight into “Midnight Mass,” you can read Flanagan’s “introduction” letter for the series below, provided by Netflix: