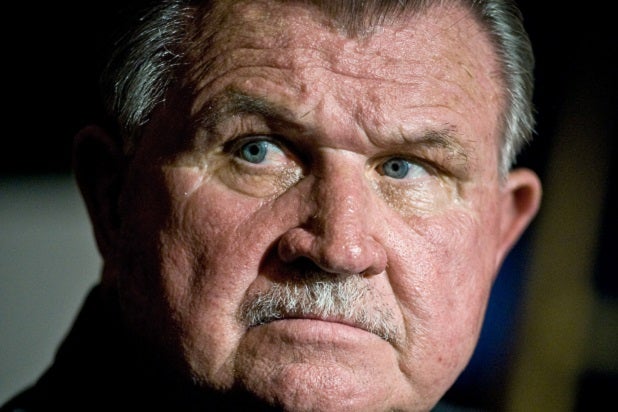 Gruff Mike Ditka, the former head coach of the National Football League’s Chicago Bears and a commentator for ESPN, wishes he had called one more running play.

Specifically, he said this week that he regrets not running against President Obama in the 2004 Illinois Senate race and called it “the biggest mistake I’ve ever made.”

“Not that I would have won, but I probably would have and he wouldn’t be in the White House,” the NFL Hall of Famer told the Dickinson Press at an oil company event in Watford City, N.D.

Illinois Republicans reached out to Ditka in 2004 as a potential candidate for the U.S. Senate after the Republican nominee, Jack Ryan, stepped down amid allegations by his ex-wife Jerri Ryan involving sex clubs.

Obama was near his peak popularity in the state then, and Ditka said no. The nod eventually went to Maryland political activist Alan Keyes, who lost to Obama with only 27 percent of the vote.

Also read: ‘SNL': Bruce Willis Busts a Move and Spoofs All Over Himself (Video)

Ditka, who guided the Bears to a Super Bowl win in 1985, remains extremely popular in Illinois. But
scoring in the political arena would be, in the parlance of the NFL, a Hail Mary attempt.

Still, it’s amusing to think of what sort of plays “Da Coach” would call from the White House. You know he’d be strong on defense.